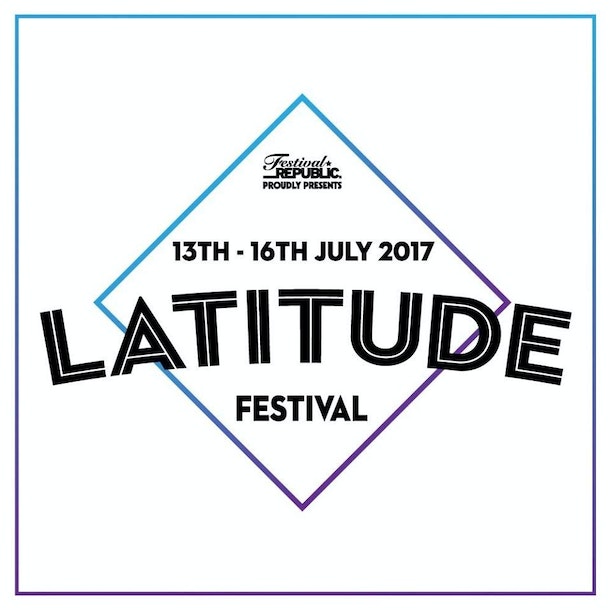 Join Latitude Festival as they return to Henham Park on 13–16 July 2017 for another weekend of the very best in music and arts from across the globe.

Late Night At The Sunrise Arena

Dance On The Waterfront

Fleet Foxes blend West Coast harmonies with a European baroque sensibility and many have drawn comparisons with legendary acts such as Crosby, Stills, Nash & Young and the Beach Boys. The band themselves have described their sound as 'baroque, harmonic pop jams'.

Streatham rapper, known simply as Dave, started out as a classically trained pianist. He soon broadened his musical palette and explored rap, bringing him to the attention of Drake, who remixed the song Wanna Know. 'He's clocked up millions of views and streams across tracks such as 'JKYL+HYD', 'Thiago Silva', and his much revered 'Fire In The Booth' appearance. Street-wise and book-smart, Dave's plaintive rhymes and social commentary coupled with his versatility across different styles and tempos. He's both beautifully righteous and jaw-droppingly raw.'

Debaucherous minimalist rave from London duo James Ford and James Shaw. Using the kind of vintage minimal beats that only a 1980's Casio can produce, this eccentric pair somehow manage to make techno sexy with their use of static vocals and fragmented rhythms; '...twisted disco as it should be.' - RoughTrade.

HVOB (Her Voice Over Boys) is Austrian electronic duo consisting of Anna Müller and Paul Wallner founded in Vienna. The duo formed in 2012 and they focus on 'restrained and minimalist' electronica with the use of vocals.

One of the country's top r'n'b and hip-hop devotees. Resident DJ at Funk at Sound and regular contributor on Radio 1 and MTV. He is without question the main man in all that's hiphop, RnB, soul and reggae related, while his 1xtra breakfast show is usually what rouses you out of bed in the morning.

Young soulful singer/song writer, originally from Walsall, but now residing in London. Her influences range from Mos Def to Lauryn Hill and The Streets, while her soulful and jazzy vocal style has been compared to Amy Winehouse, Rihanna, Lauryn Hill and FKA Twigs. Jorja was working at Starbucks when she posted her first single, Blue Lights, onto SoundCloud in January 2016. It was a stirring listen, backed by her angelic, gripping vocals and a knack for poignant story telling. Within a week, it had racked up 100,000 plays, earning shout outs from Drake, Stormzy and Skrillex. She brewed her last coffee soon afterwards. Then in 2018, she won the Brit Critics' Choice Award.

The slacker-rock quartet have spun up a neat formula of chugging Weezer college rock and languid, lilting Mac Demarco guitar lines bound to get you singing along drunkenly into your mates face.

Youngr is the project name of musician Dario Darnell. He performs as a one man band, combining synth, drum beats and vocals.

Shrewsbury Blues boy Dan Owen has a winning combination of deep husky voice and choirboy looks. Described as “a phenomenal talent” by Mick Fleetwood, his performance earned him “Young Artist of the Year” at the British Blues Awards.

An indie pop band from London.

The product of a strict Irish father and a glitzy Canadian 'stage mom', Katherine Ryan won neither friends nor pageant titles growing up. Try as she might to shed her questionable perspectives and super sparkly nature, she's not sure we can ever truly escape our childhood indoctrinations. Katherine puts a hilarious spin on many topics including life as a single mum and gender hypocrisy in a laid-back, funny, and downright honest show. As well as being a writer-performer Katherine is also a talented actress and played the lead role of George in Victoria Pile's Channel 4 series Campus. Katherine also appeared regularly throughout the second series of Episodes as Merc's Assistant. 'She has perfect timing and enough attitude to stop an elephant in its tracks' (Time Out) 'If only every comedian was as acerbic, smart and downright funny as Katherine Ryan' (Eastern Daily Press) 'This entertaining hour... flies by... all the hallmarks of an increasingly assured comic...' (Steve Bennett, Chortle) 'Warped wit... striking presence... killer lines... calm confidence' (The Scotsman) 'Thoughtful, funny and just twisted enough' (The Times). Katherine Ryan was named in Ents24's top 5 hardest-working comedians of 2015.

All the way from Edinburgh, Sink are a completely unique collaboration which explores the outer realms of instrumental improvisation. Accordion, violin and soprano saxophone combine in a fluid, physical performance which almost touches on dance as the musicians move freely throughout the audience.

Scotland’s premier youth music orchestra, made up of a ferociously talented collective of 13-25 year olds, based in Edinburgh. “Rave Culture meets last night of the Proms” - The Herald