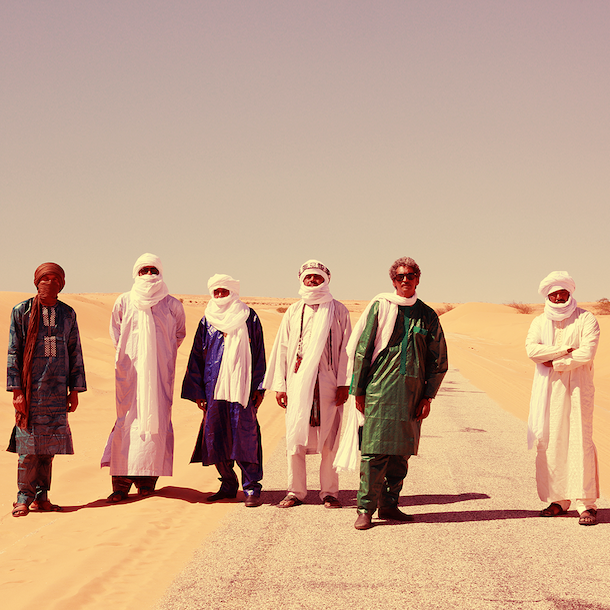 You’ve got to be doing something right when you can count amongst your fans the likes of Thom Yorke, Brian Eno, Carlos Santana or TV On The Radio. Formed in rebel training camps in Libya, these exiled nomads-turned-rock-stars of the Sahara have become the soundtrack for Touareg independence and reconciliation, combining traditional Touareg melodies with Malian, Western, Berber and Arabic influences to create spare, evolving, hypnotic songs. As if Keith Richards, Santana, John Lee Hooker, various members of Primal Scream, Mogwai and the Grateful Dead had got lost in the Sahara for a decade and then returned as a fully-fledged desert band.