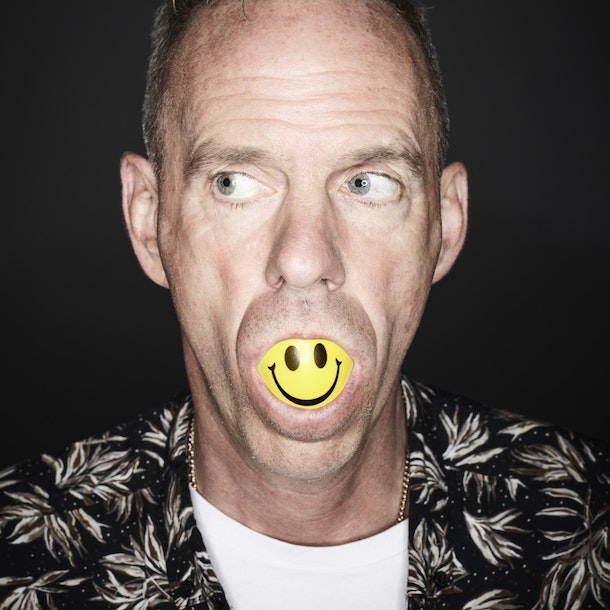 English DJ and electronic music producer Norman Quentin Cook was a pioneer of the '90s big beat movement, issuing a handful of era-hits like The Rockafeller Skank and Praise You under the moniker Fatboy Slim. Formerly the bassist for the Housemartins and one-third of acid house hitmakers Pizzaman, Cook started by releasing his Fatboy material through club staple Skint, with his raucous blend of house, acid, funk, hip-hop, electro, and techno adding to his already formidable reputation as one of the foremost all-around producers on the UK club scene.

More than two decades on, he's still one of the biggest DJs in the world.