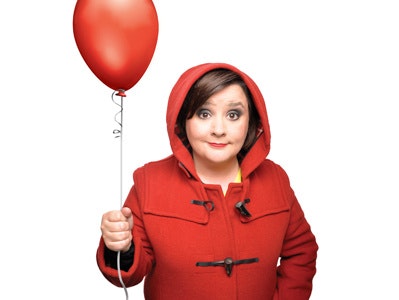 Award winning stand-up comedian, writer and actress who is an Edinburgh Fringe favourite and has been on The News Quiz and The Now Show.

Her numerous radio credits include The News Quiz, The Unbelievable Truth, Now Show, Dilemma, ISIHAC, So Wrong it’s Right and she has presented Woman’s Hour, all for Radio 4. She also hosted Listomania for Radio 2. Her third solo radio series, Keep Calman and Carry On, was broadcast in spring 2016.

Her TV credits include appearing on Have I Got News for You, QI, Don’t Sit In The Front Row, Comedy Rocks, Show and Tell, The Matt Lucas Awards, Dara O’Briain’s School of Hard Sums, 8 Out of 10 Cats, Would I Lie To You and Mock the Week.

'Feisty Scot Calman is one of the best female comics to ever come out of the land of bagpipes and haggis. She'll make you chuckle your pants off' (Time Out).

'The high energy throughout her unswerving flow of entertaining quips and hilarious anecdotes, leaves a never dull moment for audiences… a show that shouldn’t be missed' (Edinburgh Festival Magazine).

Follow Susan Calman on Ents24 to receive updates on any new tour dates the moment they are announced...