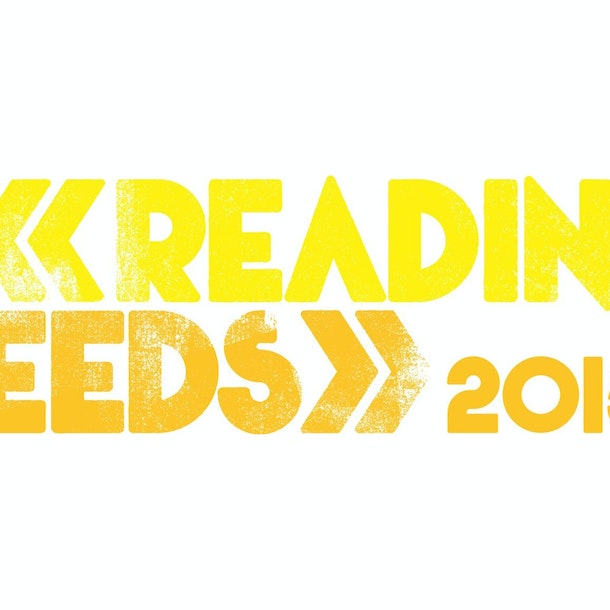 Reading & Leeds Festivals are excited to announce undisputed global superstars Metallica as the first headliners for 2015 in a UK Festival Exclusive performance. James Hetfield, Kirk Hammett, Lars Ulrich and Rob Trujillo will take to the Main Stage next August Bank Holiday Weekend to provide a defining moment of the 2015 festival season.

The second headliner announced is Mumford & Sons. The British rock band last appeared at Reading & Leeds in 2010 when they performed a triumphant set to a packed NME/BBC Radio 1 Stage. The band return to Reading & Leeds just four years later as Festival headliners.

The Libertines have now been announced as the final of this year’s Main Stage headliners! The indie-rockers will bring the good ship Albion to the Festivals this summer, cementing a Reading & Leeds legacy which dates back to 2002.

Dance To The Radio Presents The Welcome To Leeds Stage

Riotous Leeds four-piece whose punk/metal crossover pays more than a slight homage to the sounds of Seattle. Their speed-fuelled thunderous guitars and high-octane vocals draw comparisons to a crazier Queens Of The Stone Age, an artier At The Drive-In or a shoutier Shellac. With crazy song titles 'I Punched A Lion In The Throat', 'I've Got Guestlist To Rory O'Hara's Suicide' and 'Back To The F**k Yeah', the Leeds noisesmiths have a mischievous sense of humour beneath their screeching hardcore jams.

Metallica have been at the forefront of the rock scene worldwide with an unparalleled and utterly devoted fanbase and a string of multi-platinum albums, having sold a staggering 100+ million albums worldwide over their 30 year career. Formed in 1981 by drummer Lars Ulrich and guitarist and vocalist James Hetfield, Metallica have become one of the most influential and commercially successful rock bands in history.

British grime artists who also run a record label which was established by JME and Skepta. Boy Better Know have gained popularity, support and underground fame in the grime scene, featuring on pirate radio sets such as Rinse FM and Dejavu FM. They have also been relatively successful in fields outside of music in collaboration with their trademark Boy Better Know slogan, especially in the field of clothing, such as the infamous and instantly recognisable Boy Better Know t-shirts which went on sale in 2006. Headed up by JME, brother Skepta and Wiley, they are the leading collective in Grime

Hailing from South London, dynamic duo and masters of metaphor, Krept and Konan have been killing the underground and attracting a huge fanbase with upload after upload of freestyling fun. Racking up an astonishing 3 million YouTube views in 2 days for their rendition of Jay Z and Kanye's 'Otis', Krept and Konan are set to do massive things!

New York producer/MC and lyricist Azealia Banks has been steadily perfecting her craft and making a name for herself. Her very first recording, 'Seventeen', placed her on the radar of many record labels right away. Word about Miss Banks kept spreading online and in the streets until she caught the eye of several record labels and tastemakers. Whether her music hits you with seasoned bars or her angelic voice and hooks, Azealia Banks gives everybody a reason to rewind that track.

New Found Glory's live sound has been described as one of 'unfettered energy and passion expressed through distorted amps and hooky choruses'. Emerging as part of the second wave of pop punk in the late 1990s, music critics consider the Floridian band as a key pioneer of the genre.

Bondax are genre defying electronic duo Adam Kaye and George Townsend from Lancashire. They rose to prominence in 2012 via the BBC’s Introducing platform, where the duo received accolades from DJs including Annie Mac and Nick Grimshaw. Since then they have graced stages across US and South America, Asia and Australia and the UK including Glastonbury and Bestival.

Aka London based musician Ed Cares who works as a nanny, looking after three kids who he road-tests his music on before it reaches our ears. That time spent with youngsters gives his music a sense of honesty and innocence that's not only welcomed. Influences range from The Strokes and Hives to David Bowie.

Born and raised in north-west London, Georgia is a multi-instrumentalist, producer and songwriter. Her eponymous debut album was released in August 2015; written, performed, produced and recorded by Georgia in its entirety at her home-studio; it presented a very necessary new talent, one with real spirit and one that is unabashedly herself. Georgia’s music is fascinating and sharply paced, packed with injections of lightness and fun, pared with rich, bubbling melodies that makes listening to it an experience that takes you into the party, through electro-pop into R&B, and back again. Feminine without being saccharine, her deep, brooding reflections carry us through euphoria, heartache and melancholy but always with the memory of the good times.