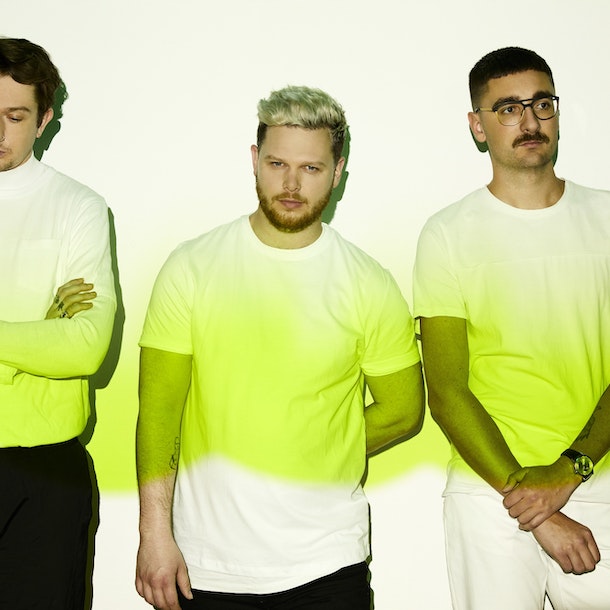 Leeds band alt-j were formerly known as Films, but changed their name to the symbol that you get from the Mac shortcut alt+j. The band comprise Joe Newman (guitar/vocals), Gus Unger-Hamilton (keyboards) and Thom Green (drums).

Their original and unique experimental indie/electronic sound saw their debut album, 'An Awesome Wave', achieve great critical acclaim which went on to win the prestigious Mercury Music Prize in 2012. They also won the Ivor Novello Album Award in 2013 and have received a string of nominations over the years from the Brits and Grammys.

While critical success is always welcome, commercial success came with their 2nd album; 2014's 'This Is All Yours', which reached no.1 on the UK album chart, while 2017's 'Relaxer' reached no.3. They then enlisted an array of artists from the world of Hip Hop and Rap to remix and reinterpret the material from 'Relaxer' for 2018's 'Reduxer'.