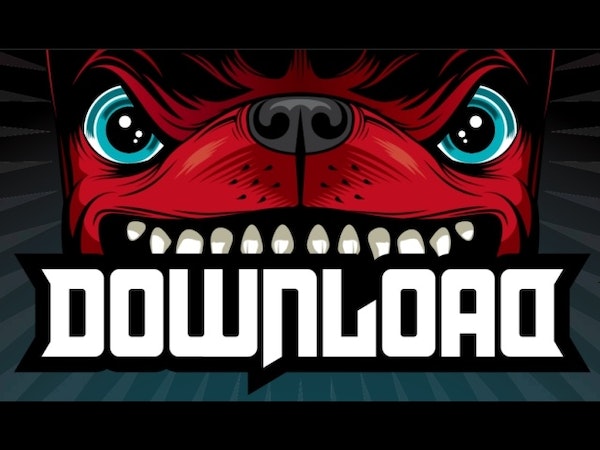 Download Festival will be back in 2015 for another weekend of fantastic rock and metal. The dates have been announced as 12th - 14th June, with the usual five day camping option available to gain entry from 10th June.

One of the biggest bands in the world, UK headbangers have embraced their fiercely heavy yet enchantingly melodic sound from the off, with 1999's 'Slipknot' album achieving platinum status here. What followed was a meteoric rise to superstardom the likes of which the metal scene had never known; Top 40 singles, sold out arena tours and a media frenzy that left no one in any doubt that Slipknot's impact in the world of music would be a permanent one. Since then, the Maggots - or Slipknot fans to the uninitiated - have ensured subsequent albums have all reached top 5 chart positions, and that there is always a warm welcome when they occupy the arenas or festival fields of the UK.

Boasting eight acclaimed albums, 20 million sales (as of 2019) and the most dazzling shows on earth, Muse are a triumph of millennial rock innovation and ambition. Formed in 1994 in Devon, they emerged with 1999’s Top 30 debut album Showbiz, showcasing their high art / hard rock blueprint. The band entered the realms of 'cultdom' with 2001’s double-platinum Origin Of Symmetry, an early masterpiece revolutionising modern rock with classical themes drawn from astronomy, theology and quantum physics. Drones, their seventh studio album, was released in June 2015 and debuted at number one in 21 countries around the world including their first number one album in the United States. Their most recent album Simulation Theory was released in November 2018. Winning many awards over the years, the band has become widely recognised as one the best live bands in the world with their unmatched stage and light shows.

Kentucky based hard rock band Black Stone Cherry, shun the traditional image of gospel choirs that the deep south is famous for and focus on an edgier image. Black Stone Cherry name AC/DC and Soundgarden as key influences in developing their unique sound, borrowing heavily from blues and motown music. Their imaginative lyrics and well put together harmonies give the music a modern twist on classic rock.

Dare you enter the world of Grammy-nominated metal shock-rocker MM, whose dark gothic image and outrageous behaviour guarantees him front page news across the world? You should do - underneath the make-up, there's an inviting mixture of industrial rock with a techno-distorted edge (and occasional glam-rock slant) that never makes the tabloids. An unforgettable live experience, too.

Post-hardcore four-piece with electronic-trance influences. Hailing from St Albans, the band have become known for their relentless touring and their innovative sound, fusing hardcore-metal with dance music. Since forming in school back in 2003, Enter Shikari have played well over 1000 live shows and sold out numerous prestigious venues worldwide such as London Astoria, Brixton Academy, Hammersmith Apollo, New York's Irving Plaza and LA's Roxy. '...one of the most exciting, brutal and explosive live bands on Britain's screamo / post hardcore scene.' - LastFm

Four-piece rock band fronted by Charlie Simpson. Formed in late 2003, the band took an indefinite hiatus after performing at Sonisphere in 2010. Charlie went on to launch a solo career, Dan Haigh and Alex Westaway founded a visual arts production company ‘Horsie In The Hedge’ and are finishing their debut ‘GUNSHIP’ album (a retro '80s inspired side project), and drummer Omar Abidi has recently been awakened from interstellar cryostasis after his journey to the Tannhauser Gate.

America's hottest pop punk act, whose positive outlook and violin-bolstered line-up distinguish them from most of their peers. The band have a relentless touring schedule, having played shows for nearly two decades on six continents. In 2016 they announced they will tour one last time, with one final album.

'A' are a British alternative rock band from Suffolk, England, which formed in 1993. They have released four albums and two live mini-albums, and had a top ten hit with 'Nothing' in 2002. Shortly after releasing their fourth album, Teen Dance Ordinance in 2005, the band took a hiatus. In 2007 'A' reunited for a one-off gig, and have been touring sporadically ever since, most recently playing Download Festival 2015. In 2017 they announced a UK tour supporting Hell Is For Heroes.

Hey! Hello! are an ultra-catchy noise pop group, comprised of Ginger Wildheart (The Wildhearts), The Rev (Towers of London / The Howling), Toshi (Antiproduct) and Ai Sugiyama (Trip to Miami). In early 2016, vocalist Hollis Mahady left the band and in May 2016 Ginger put out a plea to audition for a new singer.

Formed in Venice, California in the early eighties, Suicidal Tendencies make hard, fast rock with a punkish edge, making them firm favourites on the underground circuit.