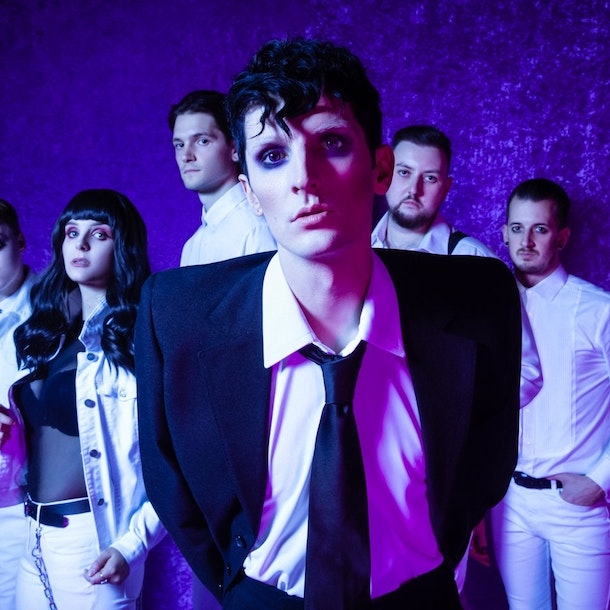 In 2018 Creeper frontman Will Gould left the band’s hardcore fans distraught when he announced on-stage that “It’s the last show we’ll ever do” – a speech that was inspired by David Bowie’s final show as Ziggy Stardust. It closed the curtain on a phenomenal first chapter in Creeper’s career.

Formed in Southampton, UK, Creeper continually evolved over the course of three EPs before debut album ‘Eternity, In Your Arms’ fired into the charts at #18 – in the process exploring far beyond their punkroots with a grand overriding narrative concept and wide-ranging sonics.

Their return single ‘Born Cold’ represented an evolutionary point in the Creeper sound. On one hand it possesses the energised punk, black-hearted romance and theatricality that made their debut album ‘Eternity, In Your Arms’ a fan favourite. Yet it also finds Creeper moving boldly towards their second album, with a widescreen, cinematic scope that merges elements of classic Americana into their sound.