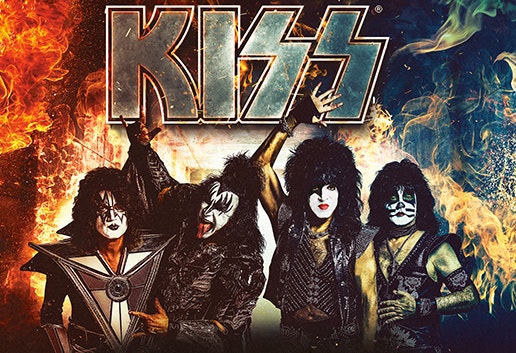 The ultimate glam metal band whose off-stage excesses and on-stage antics has guaranteed their stadium-filling potential after all these years.

As America’s #1 Gold Record Award winning group of all time, and that’s in every category, KISS can easily be named one of rock’s most influential bands. The Rock N Roll Hall of Famers have released 44 albums and sold more than 100 million albums worldwide. Honored by their peers, KISS received the illustrious ASCAP Founders Award in 2015. Over 40 years of record-breaking global tours have brought KISS to their fans.