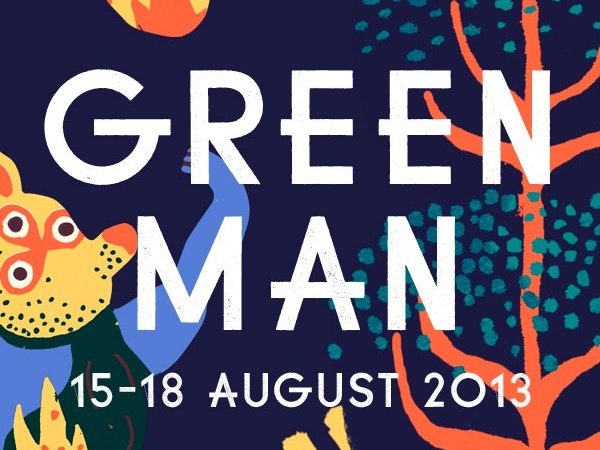 The Green Man Festival is an independent music festival held annually in the Brecon Beacons, Wales. It has evolved from a one-day, 300 capacity event in 2003, to a three-day festival with live music including psych, folk, indie, dance and Americana across five stages, as well as DJs playing everything from dub-reggae to electro and stoner rock, throughout the night.

Literature, film, theatre, ceilidhs, all-night bonfires, comedy and secret gigs are part of the festival's unique identity. The festival has carved a niche as a non-corporate and ethically-minded festival.

Far Out After Dark

One of the primary catalysts to the emergent New York punk scene, that in turn infiltrated London and beyond. If ever there was a contender for the mother of punk, Patti it is.

A Cappella - The Improvised Musical

A Cappella - the improvised musical is your musical. Three improvisers, no musicians, and one title proposed by you, makes the extravagance happen. Watch the plot lines, characters and themes intertwine through a cappella songs. This high-energy, fully loaded, gargantuan pack of musical madness shall be improvised to move, amuse and emote for the onlookers.

Sam Brookes songwriting, immaculate phrasing and powerful vocal delivery reach beneath the skin of an audience. Starting out on the acoustic music scene around his London home, Sam is now successfully spreading his wings across UK and Europe including high profile support shows for Newton Faulkner, Ray Davies, and Lucy Rose. "There is something of a Tim Buckley about Sam Brookes...a sense of powerful fragility...vast emotional reserves at work" - Andy Gill, The Independent ****

Described as 'an elegant Belle and Sebastian', this intimate Norway-based indie pop duo are making refreshing waves in the genre. Combining warm mellow guitar melodies with lyrics that range from the quirky to the bittersweet, they create simple and affecting songs for the heart.

2010 Mercury Prize nominees Villagers, fronted by the captivating Conor O'Brien, were billed in 2009 as the 6th 'best Irish act right now' by the Irish Times, before they'd even released a single song. A year later and debut album 'Becoming A Jackal' met with great critical acclaim, a brooding collection of fragile, emotional, dark and heartfelt songs blending acoustic, modern folk and alt-rock elements. Fans of Sparklehorse and Neil Young will find much to love in Villagers, along with an inevitable comparison to Bright Eyes (both lead singers are even called Conor!).

Rachel Zeffira is an acclaimed multi-instrumentalist based in London. She is one half of pop duo Cat's Eyes.

Allah-Las is an American rock band from Los Angeles, California formed in 2008. The band consists of Matthew Correia (percussion), Spencer Dunham (bass), Miles Michaud (vocals, guitar), and Pedrum Siadatian (lead guitar). When the band got together, three of them – Correia, Dunham and Siadatian – were working at Amoeba Music. They released their first 7-inch recording in 2011, Catamaran/Long Journey, produced by Nick Waterhouse for his Pres label. In 2012, they released a second single, Tell Me (What's On Your Mind)/Sacred Sands, produced again by Nick Waterhouse but this time for their new label, Innovative Leisure. One reviewer commented that "their sound is steeped in the pop sensibilities of The Zombies and The Kinks, laced with Northern Soul, lo-fi funk and the ever-enduring influence of Arthur Lee and Love". Allah-Las were featured in a Daytrotter session in May 2012 and their performance of Catamaran was named one of the top 200 Daytrotter songs of the year.

With their debut album, Veronica Falls have crafted a brilliantly concise, superbly concentrated hit of spiky, marvellously contagious indie pop with a twist. These are songs which will lodge themselves in your head as well as your heart, with style and attitude to burn.

Few come more certified than Phantasy Sound boss Erol Alkan. Founder of classic night Trash at The End which remains eulogised as a clubbing institution to this day, as well as his marathon all night sessions at Fire now the stuff of dance music folklore.