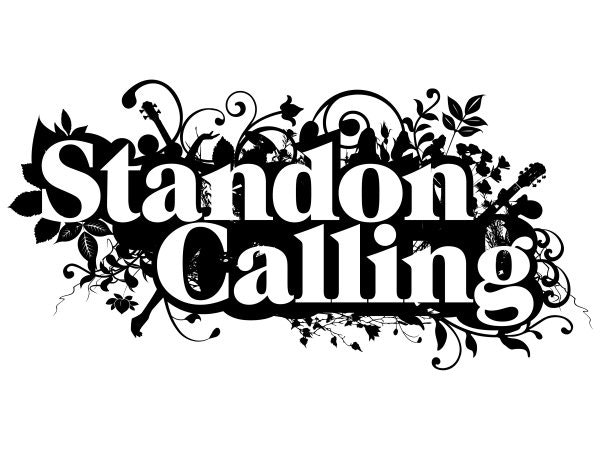 A boutique festival renowned for punching above its weight when it comes to stellar live acts, Standon Calling has unveiled a myriad of top talent to join in on its 10th birthday celebrations. Friends, families and festival lovers will descend on Standon's breathtaking manor grounds on 31st July to 2nd August for a magical weekend of live music & DJs, fancy dress, swimming and day to night hedonism.

Alongside the music, Standon Calling has revealed a myriad of activities and entertainment on offer across the site in keeping with its new theme 'A Town of Two Faces'. Inspired by the Wild West with a twist, one can brave a visit to Dr. Leech’s Wellness Center & Funeral Parlour to take A Beginners Class in Taxidermy and learn how to survive a standoff with a rattlesnake, get up close and personal with animals from the West at Wild Wyatt's Traveling Menagerie, or try their hand at Death Drawing with Art Macabre.

Festival-goers can gather in The Town Square and get their dancing shoes on at The Dance Off’s Hillbilly Hoedown or take centre stage with the ever-popular Rockaoke. At The Church Fate join Legs Akimbo who will be delivering the kind of service you won't want to miss. Plus, fresh from their smash-hit V&A show, boundary-pushing art collective The Treatment Rooms return to Standon to offer revellers the chance to mosaic their own tombstone and take The Ride of Your Life in the Voodoo Taxi Wagon. The wonderful Salon London will also return to The Last Dance Saloon to host a selection of inspiring and surprising interactive talks and classes on the subject of Dark Matters and Bright Ideas.

Sweden's Little Dragon have made waves in the soul and jazz scenes. An Electronica twist to R'n'B with Yukimi Nagano's heart-warming vocal stylings adapting perfectly to the instrumentations of drummer Erik Bodin, bassist Fredrick Källgren and keyboarder Hakan Wirenstrand.

Smashing onto the scene in the mid-nineties, The Dandy Warhols are perhaps best known for their hit track, 'Bohemian Like You'. Since then have been bringing their joyful barrage of anthemic indie-pop to the masses From their alternative psych beginnings in the mid-'90s to their brief pop-funk dabblings a decade later, the indie quartet never shied away from experimentation or getting a little weird. Formed in Portland, Oregon in 1994, the band initially invited comparisons to influences the Velvet Underground and Ride, but their cool, detached demeanors and knack for melody also provided America with an answer to Brit-pop.

Raf Rundell and Joe Goddard are The 2 Bears. Sound familiar? They should do, Raf is DJ Raf Daddy: Ministry of Sound radio show host, label head and club promoter whilst Joe is a producer, solo artist and one fifth of Hot Chip. The two are also both members of the Greco-Roman Soundsystem collective and have now joined in an exclusive collaboration formed on a love of House.

The Magic Numbers are a UK-based four-piece comprising two pairs of brothers and sisters (Romeo and Michele Stodart, Sean and Angela Gannon) who are known for their unique harmonies, melodic hooks, songwriting craftsmanship and their timeless sound. The band quickly shot to media attention after selling out London’s Kentish Town Forum solely on the strength of their loyal following, before the release of their self-titled 2005 debut album. This record was subsequently nominated for the Mercury Music Prize. 2018 saw the release of their fifth album 'Outsiders' and the band continue to perform magical live shows.