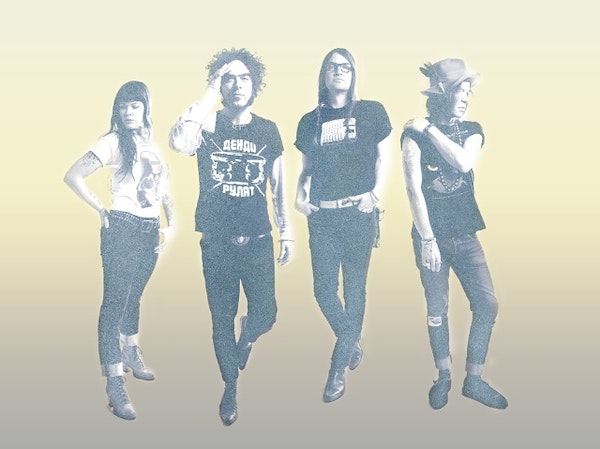 Smashing onto the scene in the mid-nineties, The Dandy Warhols are perhaps best known for their hit track, 'Bohemian Like You'. Since then have been bringing their joyful barrage of anthemic indie-pop to the masses

From their alternative psych beginnings in the mid-'90s to their brief pop-funk dabblings a decade later, the indie quartet never shied away from experimentation or getting a little weird. Formed in Portland, Oregon in 1994, the band initially invited comparisons to influences the Velvet Underground and Ride, but their cool, detached demeanors and knack for melody also provided America with an answer to Brit-pop.

Listen to The Dandy Warhols

Listen to The Dandy Warhols