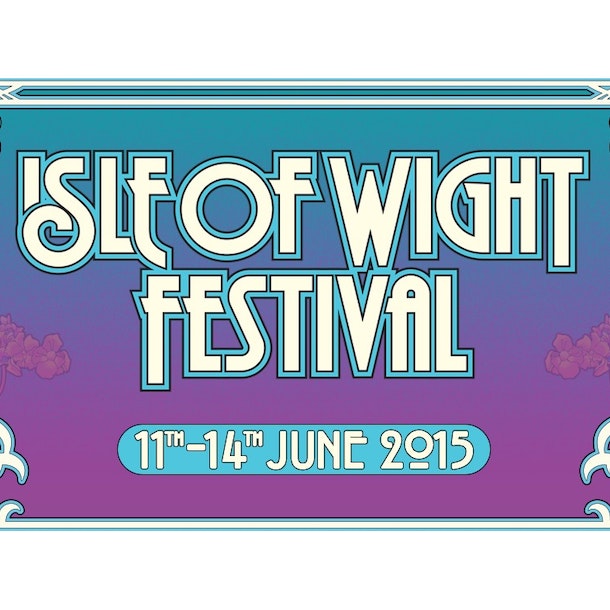 Every year, the Isle of Wight Festival starts the season in style and 2015 will be no different as the iconic Festival returns from 11th – 14th June.

Fleetwood Mac have been announced as the Sunday headliners in a 2015 worldwide festival exclusive! This will also be the multi-Grammy award winning band's first ever Isle of Wight Festival performance.

British dance-rock pioneers The Prodigy and multi-platinum US rock duo The Black Keys have also been confirmed. The two acts will headline the Friday night of what is the first major festival of the summer – a perfect way to kick start this legendary weekend of live music and entertainment. Also announced today to perform over the weekend is No. 1 selling US artist Pharrell Williams.

Steeped in history and famed for mixing legendary artists with the hottest up and coming acts, the Festival also plays host to some of the most stylish free-spirited festivalgoers around in the stunning setting of Seaclose Park.

Please note: Groove Armada will be playing a DJ set.

Check out www.isleofwightfestival.com to keep up to date with all of the latest news!

One of the biggest innovators in commercial dance music since 1990, musical genius Liam Howlett and his colleagues were at the forefront of the rave explosion ('Experience'), early techno/trance/dance crossovers ('Jilted Generation') and rap/punk,techno fusion ('Fat Of the Land'). The Prodigy always cut a solitary path through the noise-scapes of electronic dance music, releasing epoch defining studio albums and delivering unforgettable live performances that have taken electronic beats into unchartered territories. Throughout this time they remained resolutely focused on their own vision, inspiring legions of artists along the way. Frontman, Keith Flint, sadly died in March 2019 at the age of 49.

The Black Keys are an alternative rock duo from that Mecca of weirdness, Akron Ohio. Dan Auerbach (guitar/vocals) and Patrick Carney (drums) mix nearby Detroit punk rock with not-as-near North Mississippi juke-joint rollickingness to produce startlingly raw slabs of music that challenge the ears and pummel the psyche.

As the nice boys of Britpop, Damon Albarn and co. were one of the biggest band of the nineties, with songs such as There's No Other Way, Country House, Girls And Boys, Song 2 and Parklife decorating their enormous back catalogue. Alongside their contemporaries Radiohead, Blur are one of the few bands of the era who have managed to both maintain their status and move with the times.

One of rock’s most enduring, beloved and successful bands of all time. The success of 1977's Rumours album established them as a legendary phenomenon with one of the biggest-selling albums ever made. Containing hit singles such as Go Your Own Way, Dreams and Don't Stop, Rumours has sold more than 40 million copies worldwide to date. While never managing to repeat that level of success, their 1987 album Tango In The Night remains their 2nd most successful album, selling a highly respectable 15 million copies, an amount many other bands would never achieve. While they have not released a new album since 2003's Say You Will, they 'don't stop' wowing crowds with their live shows.

It has been on an incredible journey for Paolo since his 2006 debut album 'These Streets' established the young Scotsman as a leading light of singer-songwriters. His extraordinary follow up, 'Sunny Side Up', as well as his reputation for blistering, crowd rousing live performances continues to reinforce his success around the world.

Bigtopp are a Ska group hailing from Guildford, UK. The band have played just over 500 gigs around the UK and Europe, supporting bands such as; Less Than Jake, Mad Caddies, Streetlight Manifesto, RX Bandits, Catch 22, SB6, Zebrahead, The Skints and many more. The band have played at numerous festivals including; The Isle of Wight Festival, BoomTown Fair, Bestival, Secret Garden Party, Blissfields Festival, One Love Festival, Off The Tracks Festival, V Dub Island and many more.

Land of the Giants

Since 2009, Land of the Giants have been pulling crowds to tents to groove until they sweat with their foot-stomping beats and contagious enthusiasm. A brass section that will make you grin from ear to ear, heavy toe-tapping basslines and Andy Quick’s sensuous, soaring vocals will make you wonder why you’ve never danced your ass off to The Giants before. At the end of 2015, the Plymouth-based boys brought a brand new, funk-inspired EP to the table in the name of “Surrender”. A collection of high-energy summer sounds, with just a lick of calypso, that absolutely demand to be blasted out those boomboxes at full volume. The last three years have seen The Giants unrelentingly tour the length and breadth of the UK, spreading their fresh and accessible sounds to venues and festivals alike. From packed out stages at Glastonbury, Boomtown and Beautiful Days to rocking venues from Ireland to India; LOTG are well on their way to global domination. Fresh additions to the lineup have already proven themselves beyond worth, pumping out fat new tunes and reworking previous arrangements to blow even existing fans minds. The six-piece collective scooped Best Band in the most recent Southwest Music Awards and have been tipped by many as one of the best emerging live bands in the country. So put your hands up, surrender, and get those dancing shoes on.