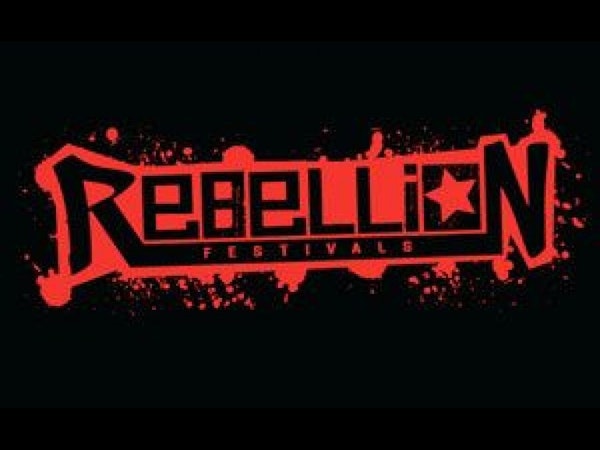 Rebellion Festival is the largest independent punk / alternative music festival in the world. Over three days every August in Blackpool, the very best in punk gather for the social event of the year!

1977 anarchy lives on as Richard Jobson's legendary Scottish punk band The Skids continue to wow the crowds. Perhaps best known for their '79 top ten hit 'Into The Valley', they became a major influence on later bands like Green Day and Manic Street Preachers. Via Pledgemusic, the boys celebrated their 40th anniversary in 2017 by releasing 'Burning Cities', their first new album in 35 years!

Classic reggae band who have been flying the roots flag since the Seventies. One of the most powerful live reggae acts to have come out of London who are noted for their powerful roots reggae sound and uncompromising lyrical vibrations, became the major force in Rock Against Racism and playing more concerts than any other band in the movement.'No band has contributed as much to British reggae as Misty in Roots. They still make some fantastic music' -The Guardian.

For 20 years, Propagandhi have been projecting a number of distinct messages in favour of human rights and equality. The four albums they've released in that time have seen them evolve into a more voluminous sound, with influences from 80s metal mixed into their well-established thrash-rock sound. They have also evolved, in 2006, into a four-piece, with the acquisition of guitarist David Guillas, formerly of Giant Sons.

Menace from Islington formed in 1976 and are well known for their singalong rant and rave song 'GLC' directed at the Greater London Council. An old school punk rock band, still as incendiary as ever.

Surrey UK New Wave band who had a worldwide hit in 1980 with classic song 'Turning Japanese' and iconic album 'New Clear Days'. The band were discovered by The Jam bassist Bruce Foxton and managed by Paul Weller's father. In 2016 they reformed with original members Dave Fenton, Ed Bazalgette and Steve Smith along with new recruit Michael Bowes.

Probably best known for their 1988 top 5 hit 'Crash', The Primitives reunited in their hometown of Coventry at the end of 2009, to pay homage to Steve Dullaghan, the group's original bassist. The success of their performance and the public's positive response after more than 17 years away from the spotlight led them to do a UK tour in April 2010 and to play a few shows in Europe and the US. In 2012 they released the album 'Echoes and Rhymes', which ranged from garage to psychedelia, with touches of soul and sunshine pop, as multiple styles came together in a special compilation of obscure female-fronted songs from the Sixties, revisited with all the love and affection and energy of The Primitives.

A punk rock band who formed in Los Angeles in 1997 by members of defunct band, Schleprock.

Hailing from the South East, The Warriors were formed in late 1981 out of the ashes of 'The Last Resort' they have been through a number changes over the years.

"Mixing the ska-punk dexterity of prime time Rancid with the socialist sensibilities of the Newton Neurotics or Angelic Upstarts" - Purerawk.com Bar Stool Preachers are a fresh Punk and Ska band straight out of Brighton. They make intelligent punk anthems and poignant, unsentimental love songs.

Millie Manders is an off the wall, off the chart, ballsy singer-songwriter from South London, who brings a party-hard mix of ska, pop and punk-rock to the stage. Blending socially conscious lyricism and carnival-esque beats with Riot Girl attitude, Millie and her band’s slick delivery with captivating stage performance is rapidly grabbing attention. Millie’s music is clearly eclectic and this is a fact she happily celebrates; “I like to think my music is full of energy and dexterity – a colourful clash of genres incorporating everything from rock and soul to ska and folk. I draw inspiration from many different artists; James Brown, Aretha Franklin, Skunk Anansie, Pink, The Who, Rolling Stones, The Specials and The Ramones being a few of my favourites. I was brought up listening to classical, theatre, rock, rhythm and blues, hip hop and more because my parents are both music lovers so it all plays a part in the way I write.”