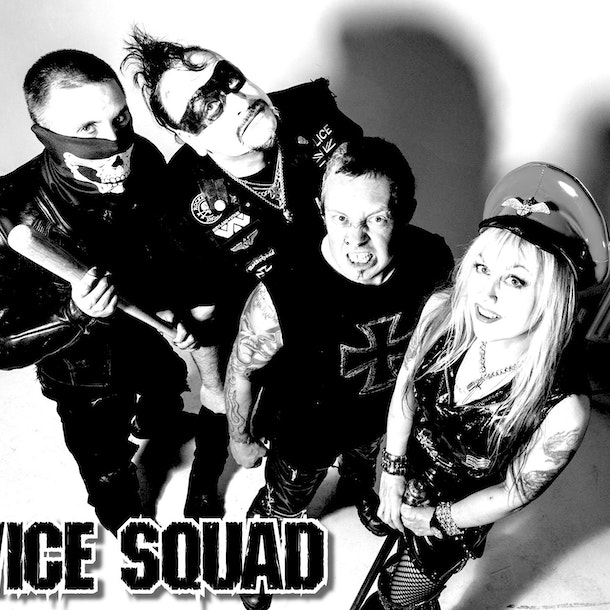 Renowned for their high energy live shows the band deliver their set with passion and humour and have been touring and releasing successful albums since the1980s.

Their latest album ‘Cardboard Country’ was released on their own Last Rockers label last year, the album is launched on the back of a very successful Pledge campaign raising funds for the Shelter homeless charity in line with the album title.

Vice Squad is fronted by raucous voiced singer/guitarist Beki Bondage who was featured on the front cover of a number of influential music tabloids such as Melody Maker, NME, Sounds, Record Mirror and Smash Hits. The band is 100% DIY and has no record company or management backing.

Since reforming Vice Squad in 1997 the band has released several albums with powerful punk songs that are very well received by fans and press. In keeping with the DIY ethic the albums were recorded in the front room of Beki’s South London flat.