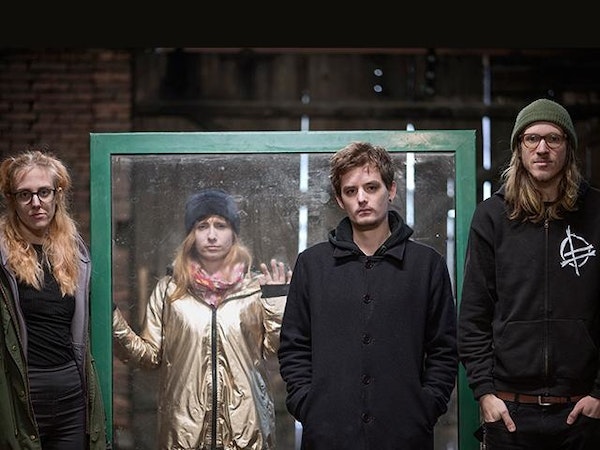 Petrol Girls are a feminist post-hardcore band based in South East London.

Their music combines manic jagged rhythms with vocals that range from furious screaming to intricate melodies and harmonies. They are known for their explosive live performances, with influences such as: Refused, White Lung, Bikini Kill, RVIVR, Propagandhi, At The Drive In and War On Women.

Petrol Girls formed in 2013 for an international women's day gig, identify explicitly as a feminist band and draw on personal experiences to challenge and ridicule sexism, as well as exploring wider political themes, such as alienation, mental health and the current anti-austerity movement.