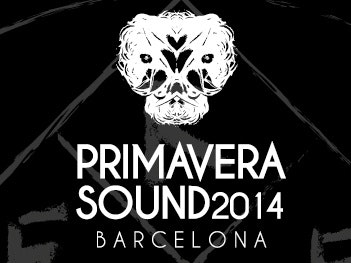 The Barcelona festival celebrates its fourteenth edition from the 29th to 31st May on its usual site, the Parc del Fòrum.

Arcade Fire will be part of the line up, with a concert that will be their only performance in Spain next year. The band will present their fourth album "Reflektor".

Also confirmed are Neutral Milk Hotel, band led by Jeff Mangum, responsible for one of the essential records of the nineties, "In the Aeroplane Over the Sea".

The brainchild of instrumentalist, vocalist, producer and all-round creative force Trent Reznor, Nine Inch Nails is one of the figureheads of rock, alternative and metal music. Reznor's musical direction has steered NIN across a number of genres since 1989, producing several albums and EPs, collecting a few awards in the process. Having collaborated with many other artists during this time, such as Marilyn Manson and film director David Lynch, Reznor has also courted controversy and gained a hint of notoriety along the way. Nine Inch Nails still maintain an enviable army of followers, marching loudly away from the light at the end of the tunnel.