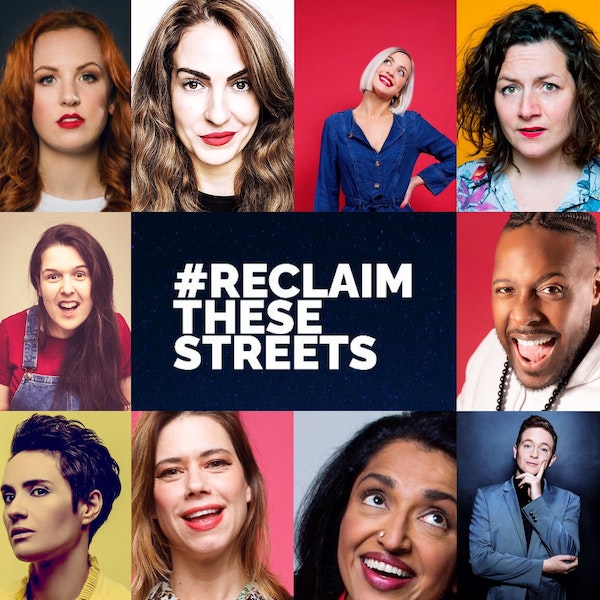 Comedy Fundraiser For Reclaim These Streets

Please join us on Sunday 11th of April at 8pm for an epic all star line up of comedians will making us all laugh till we cry and help raise money for Reclaim These Streets. Open to all, public fundraiser. All proceeds will go to the crowdfunding page with Reclaim These Streets who will distribute the money to various women's charitable causes.

'Aurie Styla, a young entertainer from London is mostly known for his performing as a stand-up comedian, presenter and owner and host of Funny Heads. Anyone who has seen him perform will remember his charisma, tongue-in-cheek banter and fluid delivery. Since 2010, Aurie Styla has taken the definitive path of a stand-up comedian, but has been on stage since he was 15. Whilst trying out poetry, music and dance, Aurie always brought humour into his performances and at 18, discovered his talent for presenting. As the years went on,Aurie became popular around the university scene for his interviewing skills, clubnight and show hosting which then lead to the inevitable road of stand up comedy.'

Jessica has been performing improvised comedy and working as a comedy actress since 2005. In January 2008 she hit the UK stand up circuit like a thunderbolt of joy and was a finalist in the Funny Women's Awards 2010. Jessica co-hosts the mighty Guilty Feminist podcast which has reached well over 10 million listeners and is regularly in the Top 10 on the iTunes chart. She starred in this year’s hugely acclaimed new BBC2 sitcom from Sharon Horgan and Graham Linehan Motherland as well as the award winning BBC1 drama Three Girls. “Intensely funny” Time Out 'Fostekew is a hugely engaging presence and there's something reassuringly honest about her... Consistently hilarious' (Fest) 'Great fun' (Guardian).

Lily Phillips likes to talk and sing about vaginas. She performed her debut solo show Lady Power at the Edinburgh and Camden fringe festivals in 2016. She performs with her comedy cabaret company The Ruby Darlings. "Charming and moderately obscene." (The Scotsman) "Phillips has us hooked." (Culture By Night) "Anyone who says that women are in any way inferior to men when it comes to comedy should be strapped to a seat and made to watch Lily Phillips." (This is Cabaret)