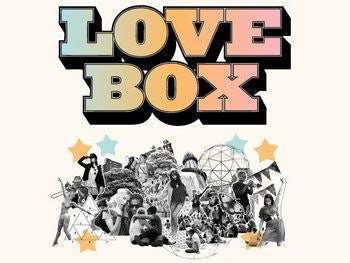 Lovebox Festival, East London's most authentic and captivating music festival, once again returns to Victoria Park on July 15th-17th for three days of epic performances and supercharged sets from a truly inspired choice of artists.

Bang The Box: The Bacardi Get Together

Music Safari: The Bacardi Get Together

Out & Out Fierce: Main Stage

Out & Out Fierce: Gaymers Stage

Out & Out Fierce: The Bacardi Get Together

DJ, producer, art director, and boss of the Ed Rec label, Pedro «Busy P» Winter shifted from being an emblematic figure of the Parisian underground to the Frenchman who makes the whole World dance. At only 34 years old – 12 of which spent managing Daft Punk (six millions albums sold) – the man who discovered Justice is established as the golden boy of electronic music. Yet, this former skateboarder, fan of hard rock, stumbled upon his career by chance.

Croydon's wonderkid, the so-called ambassador of Dubstep. Skream, along with comrades such as Benga and the pioneering DJ Hatcha (Club Forward), created a new faze in dubstep and changed the landscape of urban music. Way before Grime existed, Skream was making his own brew of dubstep: dark. Get ready to meet the unique Skream, his sub-bass will blow you away.

Ross Birchard, aka Hudson Mohawke, is an electronic music producer / DJ / songwriter from Scotland. Since his debut in 2009, HudMo has been releasing hit singles and EPs; continuing his rule of the underground club scene. His US break-out came in 2012 with TNGHT, the collaborative project with Montreal producer Lunice, which saw their production influence the A-list of rap and help reintroduce the US dance / EDM scene to hip hop as club music. In the two years following, HudMo has worked on releases from Drake, Kanye West, John Legend, Young Thug, Pusha-T, Future, R Kelly and Antony Hegarty. More recently, HudMo has debuted his first ever live shows, which include keyboardist Redinho and drummer Ben Thompson.

In just a few years, Vito De Luca, the Italian-Belgian producer behind Aeroplane, has established himself as party-starting DJ, remixer du jour -with his spacious cosmic-disco remakes of Grace Jones (William’s Blood), Friendly Fires (Paris) and Sebastien Tellier (Kilometer)- and, via his own keyboards riff-based melancholic beauties like Caramellas, or My Enemy, leader of the nu- disco and Balearica scene.

The name High Contrast needs no introduction any more… though when a young, fresh-faced Lincoln Barrett signed on the dotted line back in 2000 he was a complete unknown. Signed on the strength of his mini-disc demos, the Welsh wonder has smashed his way through the D+B scene and has become one of its iconic and much respected heroes.

Originally formed in Florida by singer Jonathan Pierce and childhood friend, guitarist Jacob Graham, that relationship dissolved and after taking some time away from music, Pierce is now in full control of The Drums. Pierce introduces into his music a slight influence from early drum and bass as well, drawn from his adoration of Roni Size and other electronic artists from the UK in the 1990s.

London’s Niall Dailly & Ben Geffin a.k.a Jack Beats have been outletting there own brand of floor-flexing Bass Music since 2006 and have released records with Cheap Thrills, Owsla and Deconstruction and have racked up remixes for the likes of Rudimental, Major Lazer and Diplo.

The Scissor Sisters have become one of the most unique and popular bands in recent years. Musically cutting (if you excuse the pun) and pasting influences from Queen and Pink Floyd to Abba and The Bee Gees, Scissor Sisters mix in old-school Disco, Pop and Funk that definitely makes you want to dance.

Swedish pint-sized pop star, Robyn brings a different type of pop music to the table. Writing about the journey from adolescence into adult life and the trials and tribulations of being young, Robyn's songs are classic pop. She ended her hiatus in October 2018 with the unexpected release of her eighth studio album 'Honey'.