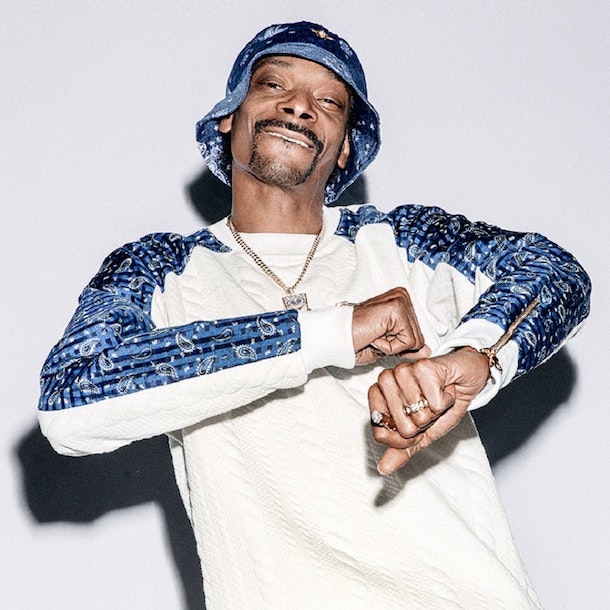 Snoop Dogg is one of the most famous American artists and producers to emerge out of the early '90s West Coast gangsta rap scene. With a career spanning nearly two decades and eleven solo albums to his name, Snoop Dogg has sold more than 25 million records in the United States alone, and over 40 million albums worldwide.

Now a successful actor, appearing in hit films such as 'Starsky and Hutch', and even with his own TV show, 'Snoop Dogg's Fatherhood', Snoop has garnered a new generation of fans and continues to increase his iconic status.