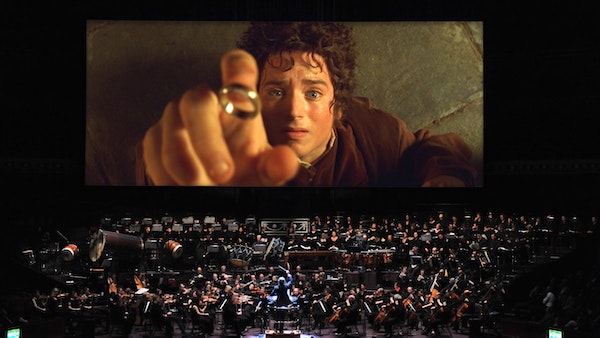 Experience The Lord of the Rings: The Fellowship of the Ring in concert in 2022 as part of the Royal Albert Hall’s Film in Concert series.

Peter Jackson’s award-winning epic fantasy adventure, based on the J.R.R. Tolkien novels, follows a hobbit named Frodo Baggins, who finds himself in the possession of the all-powerful One Ring, and the fellowship formed to take it to Mount Doom to be destroyed.

This screening will see the music of Middle-earth come to life, with Howard Shore’s Academy Award®-winning score being performed live by the Royal Philharmonic Concert Orchestra whilst the movie plays on the big screen above.

Considered one of the most ambitious projects in film history, it took eight years to bring The Lord of the Rings to the screen. The result was an artistic and popular success of the highest order, with the trilogy winning a total of 17 Academy Awards®, and all three films among the highest-grossing of all time.