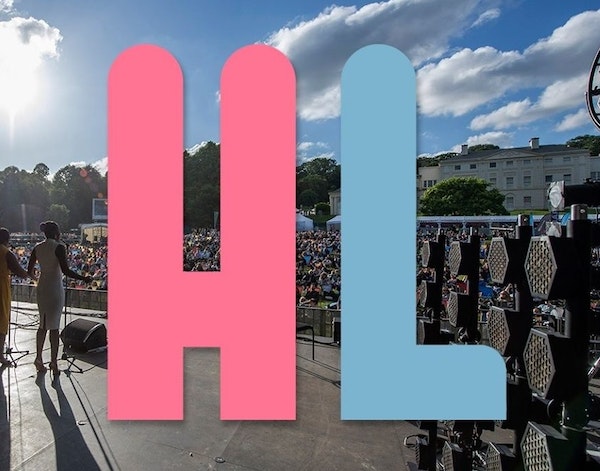 If Rodigan were ever quizzed on Mastermind, his chosen subject would be reggae. Just check his selection of special guests for proof.

The 20-piece Outlook Orchestra features some of the UK's finest musicians, and includes two drummers in an extended rhythm section plus large string and horn sections. It also features a unique live dub mix by the legendary Adrian Sherwood & Mad Professor. Joining the orchestra are some of the scene’s biggest vocalists and MC’s from the worlds of hip-hop, grime, reggae, garage, drum & bass and dubstep. The Orchestra is lead by BASCA award winning composer, Tommy Evans, the creative driving force behind both Submotion Orchestra and Gentleman's Dub Club. He’s assisted by trumpeter and arranger Matt Roberts who Performed/collaborated with Orlando Julius, The Gaslamp Killer, The Heliocentrics and many more.

Hailing from Kingston, Jamaica, reggae veteran Horace 'Sleepy' Andy has been producing nothing but the finest music in the industry for over thirty years, earning him legendary status both in Jamaican music and reggae worldwide. His highly distinctive, unique voice was unleashed in 1970 with his first release 'Oh Lord, Why Lord'. He went on to release a plethora of classic tracks throughout the '70s and '80s, including 'Money, Money', 'Skylarking' and 'Natty Dread A Weh She Want' to name a few. Collaborating with Bristol trip-hop stars Massive Attack in the '90s gained him recognition and respect outside the reggae scene.

A much loved talent with an astonishing voice and unnerving ability to pen a pop smash, McLean launched himself into the high end of the British charts with a string of top ten hits the early 90s. Born in 1972, Bitty’s earliest memories were punctuated with the music he would hear courtesy of his father’s sound system, where he started by singing over Jamaican Dub and Instrumental riddims. In 1992, McLean had not only co-produced and engineered but played and sang on UB40?s hugely successful album ‘Promises And Lies’ which sold in excess of 8 million copies. Bitty’s own material notched up 3 top ten singles in 1994. The subsequent years saw Bitty accrue a fearsome catalogue of top 30 singles, as well as playing UK arena tours with UB40, Wet Wet Wet and Simply Red.

East London born and raised, double MOBO Award-winning saxophonist YolanDa Brown's music is a stunning mix of genres, touching on soul, reggae and jazz. She is widely regarded as the emerging “voice” of mainstream Jazz in the UK, and is one of the most exciting, in-demand live performers. She has toured with The Temptations, Diana Krall, Courtney Pine and Billy Ocean and collaborated with artists such as Mica Paris, Reggae Legend Bob Marley’s son Julian and as part of Jools Holland’s Rhythm & Blues Orchestra.