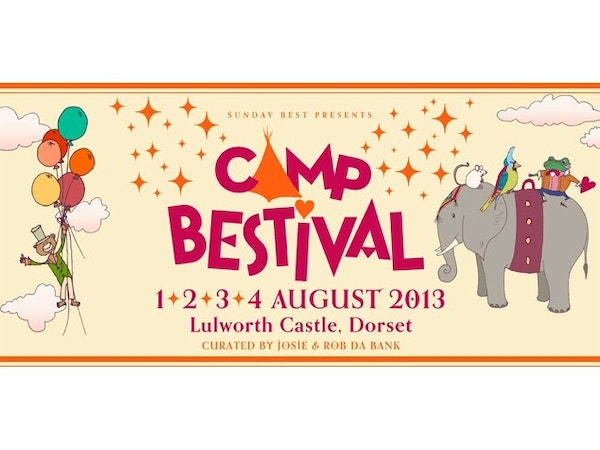 The family friendly Camp Bestival, which offers a wealth of entertainment alongside the music, returns in 2013!

With something for everyone, it’s the ultimate family festival with the Around The World theme, musical treats like Richard Hawley and Billy Bragg and one of the best DJ line-ups anywhere in the world with Grandmaster Flash, Sasha, Fabio & Grooverider and Andrew Weatherall & Sean Johnston’s A Love From Outer Space.

If you loved Camp Bestival in 2012, then make sure you book early for 2013's fun and games. Expect the best music, arts, entertainment and everything in between, with hundreds of free things for kids to do.

DJ Fresh (aka Dan Stein) is fast proving to be the game changer for crossover drum & bass and dubstep in the UK. His career to date includes being a principal member of d&b legends, Bad Company, label boss for the Breakbeat Kaos imprint (which helped break Pendulum) and he's worked with artists ranging from the Pet Shop Boys to DJ Shadow.

London Grammar are Hannah Reid, Dot Major and Dan Rothman who formed the band while at university together. Having garnered numerous BRIT nominations and awarded a prestigious Ivor Novello, they remain rooted as one of the most exceptional and successful artists of a generation, whose success and longevity as a band has traced the British pop graph for over a decade.

Rob da Bank is undeniably the master of chill out. When not presenting the Blue Room on BBC Radio 1 with Chris Coco, Rob spends his time DJing at numerous club nights.

A guitarist's guitarist who has played with the likes of Pulp, Longpigs and Robbie Williams, now out on his own with a repertoire of original songs melding classic Americana with true grit Northern Britain. He has twice been nominated for the much coveted Mercury Prize award.

Using actors and amazing 3D special effects, the astounding Horrible History shows are guaranteed to thrill as historical figures and events come alive on stage and hover at your fingertips. Written by Terry Deary – the world's best selling non-fiction writer for children – these ground-breaking theatrical presentations will leave you gasping!