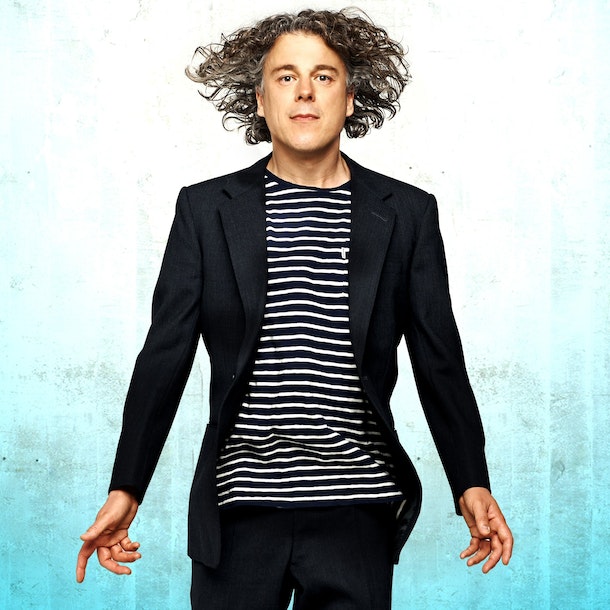 English comedian, writer and actor, best known for starring in the mystery series Jonathan Creek and the panel show QI.

Alan began his career in stand-up comedy in 1988 and was runner-up in the City Limits New Act of the Year contest 1989. He was named Time Out Best Young Comic in 1991 and made his network television debut on Tonight with Jonathan Ross in 1992. In 1993 he was nominated for a British Comedy Award as Best Newcomer. Since then, Alan has gone on to appear on TV and on the stage, winning Best Actor in a Drama at the Monte Carlo Television Awards for his 2001 role of Bob in Russel T Davies’ Bob And Rose.

After returning from Australia following a successful tour of QI Live, Alan went back to his stand-up roots in 2012 with 'Life Is Pain', and is back on the road in 2013 with his highly anticipated follow up show, 'Little Victories'.

'Had the audience in stitches... hilarious' (The Age)

'Alan Davies has lost none of his appeal... heart-tugging and deeply funny' (Big Issue)

'One of the best stand-up comics out there... packed with deft silliness and shrewd observation' (The Guardian).

Follow Alan Davies on Ents24 to receive updates on any new tour dates the moment they are announced...

Here are the most recent UK tour dates we had listed for Alan Davies. Were you there?