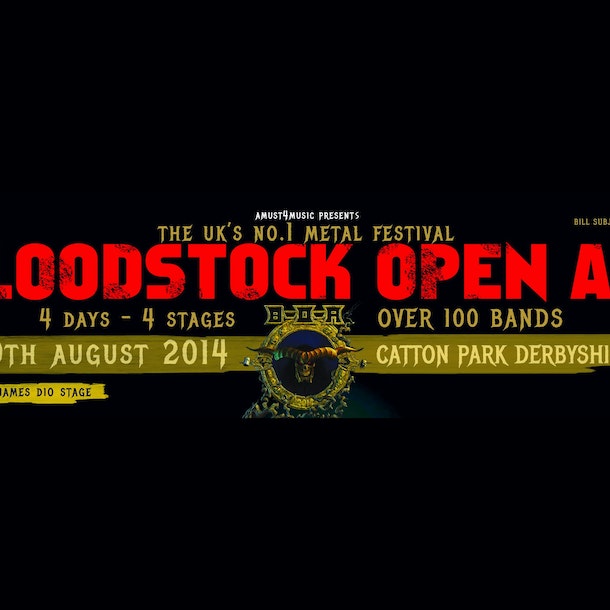 With the three 2014 headliners already announced, the Bloodstock is shaping up to be the strongest yet. Friday night’s bill toppers are New Orleans sludgemeisters, Down. Joining them to head up Saturday night are black metal overlords, Emperor and closing out proceedings on Sunday are the mighty thrash legends, Megadeth.

An all-star metal band from New Orleans, featuring members of Pantera, Corrosion Of Conformity and Crowbar. A glorious blend of swamp rock sounds.

Revered Norwegian black metal innovators originally formed in 1991. The band dissolved in 2001, but reunited from 2005 to 2007 for a few festival dates and brief US tours, and once again be reuniting for a very select number of major shows in 2014.

Formed in 1983 by guitarist/vocalist Dave Mustaine after an acrimonious departure from Metallica, Megadeth became one of the most acclaimed and successful thrash metal bands of their era and beyond. Mustaine expanded on the typical metal blueprint by speeding up the tempos and putting an emphasis on his lightning-fast technical guitar skills. His nihilistic lyrics and unrelenting musical attack resulted in a series of thrash metal classics from Megadeth throughout the 1980s and into the early '90s. Along with being considered high water marks of the metal genre, 1986's Peace Sells... But Who's Buying? and 1992's Countdown to Extinction sold in the millions and influenced the next generation of speed metal bands.

Sister Sin were formed in 2002 in Gothenburg, Sweden. They are a female fronted four piece with a style reminiscent of Guns 'N Roses, L.A Guns and Hanoi Rocks.