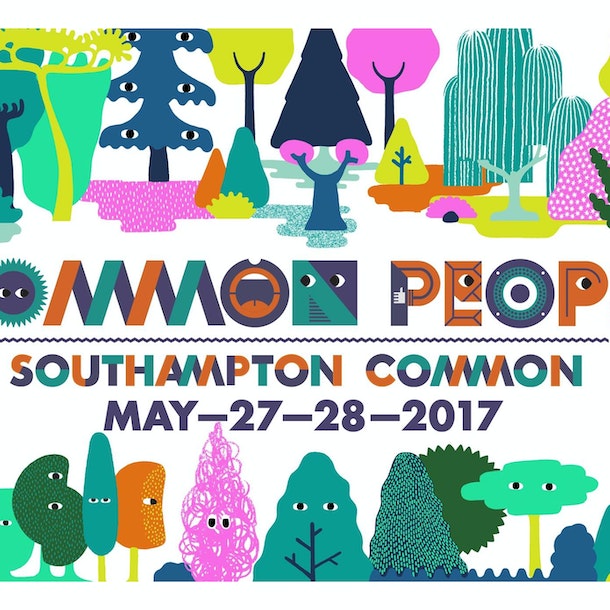 After its success in Oxford, Common People also takes place this year in Southampton. A glorious two-day metropolitan festival on Southampton Common, from the multi-award winning Bestival team.

Radio One DJ and all-round dance deity who is the man behind London Records dance label FFRR which is possibly one of the best dance labels in the world.

Heritage Orchestra rocks out arenas, messes with other peoples music, and keeps orchestral tradition in the cellar. Since 2004 this renegade ensemble has written it's own music, veered wildly between genres, and collaborated with a diverse and high profile array of artists. HO has embraced sound, visual, and adaptive music technology in ways that make other orchestras recoil in fear, and revels in challenging the idea of what live music can be…

Sean Paul is undeniably one of the most instantly recognisable and popular voices in music since bursting onto the scene in 2000 and has continued his remarkable strike rate over recent years with a string of hits. This includes Cheap Thrills by Sia feat. Sean Paul, which has racked up 285million streams on Spotify and 1.3million sales on iTunes, as well as reaching No.1 in the US chart and over 14 other countries across the globe, and No.2 in the UK chart (staying in the chart for a total of 23 weeks). The song ‘Rockabye’, by Clean Bandit feat. Sean Paul and Anne-Marie, spent nine consecutive weeks at No.1 in the UK singles chart and has been streamed 838million times on Spotify. Make My Love Go by Jay Sean feat. Sean Paul has had 91million streams on Spotify, while Hair by Little Mix feat. Sean Paul has had 84million streams and Paradise by Matoma and Sean Paul, 40million streams. In 2002, the album Dutty Rock (fueled by the massive hit singles Gimme The Light and Get Busy) went double Platinum in the UK and US with worldwide sales of over 3.4million, while 2006’s album titled Temperature reached x4 Platinum in the US with sales of over 4million. His most recent release is 2018's Mad Love The Prequel. Over the span of his career, Sean Paul has worked with some of the world’s biggest artists including Beyoncé, Rihanna, Nicki Minaj, Busta Rhymes, Sia, Kelly Rowland, Enrique Iglesias, Dua Lipa, 2Chainz and Damian ‘Junior Gong’ Marley. Aside from being a top performer, Sean Paul is a much sought-after music producer and has created music with several top Jamaican artists.

Moxie is known for her ability to seamlessly mix classic Detroit house and 4/4 deep grooves. The DJ and broadcaster has quickly made a name for herself as part of Benji B's Deviation family, hosting a fortnightly show on NTS radio, as well as appearances on Kiss FM and Rinse FM and becoming the first female DJ to play the legendary DMZ party.

Seminal player from Metalheadz, former graffiti artist, breakdancer, godfather of drum'n'bass, occasional visitor to Albert Square and a resident of Celebrity Big Brother, briefly. The legendary UK dance music guru, Goldie, has been at the cutting edge of the drum and bass and jungle scene since it began over 20 years ago.

The Avenue
Southampton
SO17 1XQ