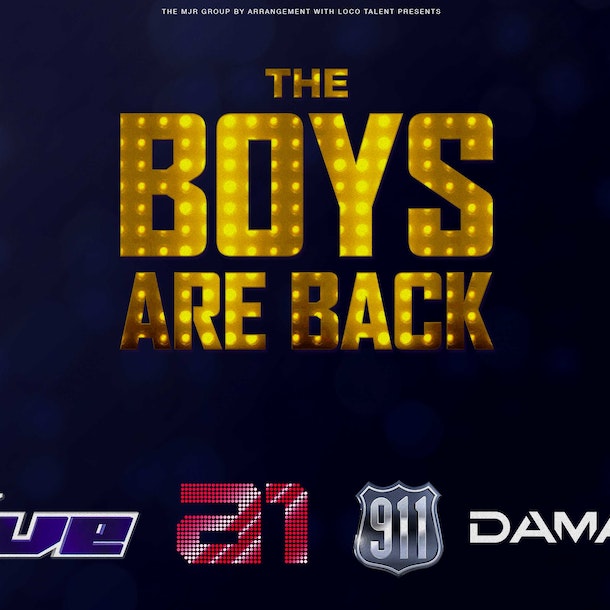 The Boys Are Back

See all dates for The Boys Are Back

The boys are back!

5ive, A1, Damage and 911 will hit the road in 2020, bringing you a hit-packed show of pop classics. Four acts, one unforgettable night.

911 are a British boy band that consists of Lee Brennan, Jimmy Constable and Spike Dawbarn. The band were formed in 1995 and released their debut single in May 1996. 911 began when Constable met Dawbarn whilst working as a dancer on the show The Hitman and Her. The two later found Brennan, and were signed by Virgin Records. They had their first Top 10 hit in 1996 with "Don't Make Me Wait", which reached #10. Nine more successive Top 10 hits followed, including the UK number one hit "A Little Bit More". The band split up in February 2000, reforming again in 2009 and now performing around the UK.