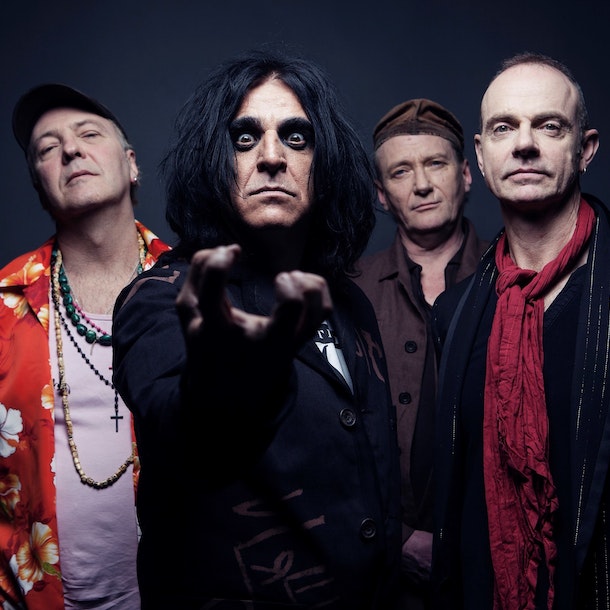 Hammerfest 5 - In Fear Of The Dragon

After last years Nordic fun, Hammerfest have migrated their Metal Valhalla over to the far east for some ancient Japanese inspiration 'n' culture.

Following on from 2012's Hammerfest IV, the organisers have upped the quality of the accommodation, the eateries, the venues, the rigs and made it an even bigger Metal experience for 2013.

With a reputation forged in fire, brimstone and magic, Killing Joke have long been one of rock's most iconic & influential outfits. They returned in 2008 with their original line-up of Jaz Coleman (vocals and keyboards), Geordie (guitar) and Youth (bass) and Paul Ferguson (drums) and continue to tour and record.

A five piece brutal thrash metal band from Devon, who have been consistently touring and releasing new material since 2009. Highlights so far being that they played at Bloodstock 2012 and Indian Metal Fest 2012 in India.

Saint Vitus are a highly influential American doom metal band from Los Angeles. They have been regarded as one of the first bands of the genre, starting out as early as the late 1970s, along with Pentagram and Trouble. For most of their career, the band comprised vocalist Scott Weinrich, bassist Mark Adams, guitarist Dave Chandler and drummer Armando Acosta. After breaking up in 1996, Saint Vitus briefly reunited for a tour in 2003, and are back together again as of 2008.