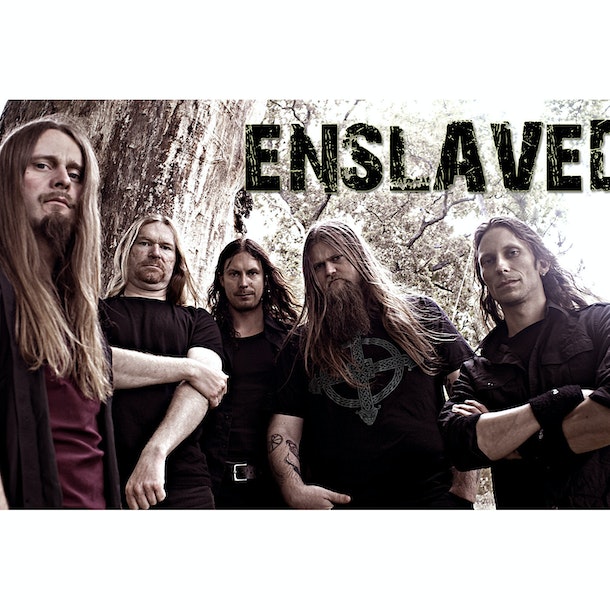 Formed in 1991 by Ivar Bjornson and Grutle Kjellson in Norway, Enslaved (the name was inspired by an Immortal demo track, Enslaved in Rot) quickly became a hit in the extreme black metal circles of Northern Europe. Surviving several line up changes and relentless touring, the band's 200 album 'Mardraum' sent shock waves through the extreme metal scene and cemented their reputation as leaders and innovators of black metal. Their style has changed over the years and they now perform a more experimental and progressive form of black metal.