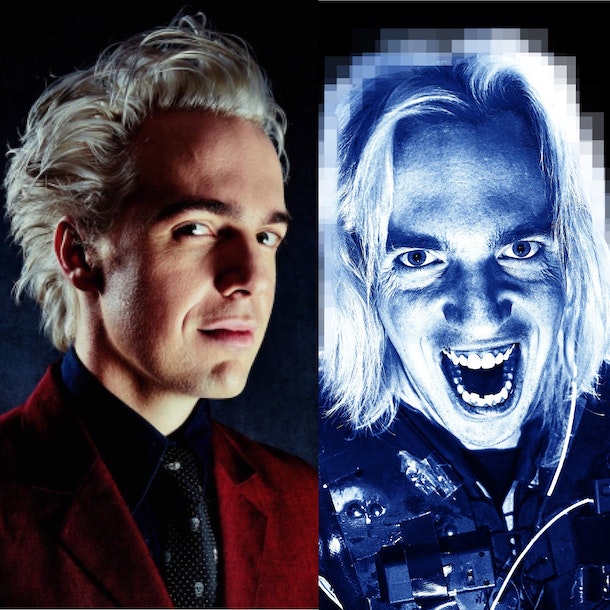 You awake to find yourself in a dark room! You, the audience, are trapped in an interactive, retro gaming nightmare; choose an option, find the way out, and escape The Dark Room! For you are not alone in The Dark Room; the merciless overlord of improv, John Robertson, is here to guide you through an hour of expertly crafted chaos and anarchy. And in the end, eeeeeverybody plays!

A) Find the Light Switch?

Originally an interactive YouTube game created in 2012, the Dark Room went viral and has attracted more than 4 million views. Improv king John Robertson then transformed the game into a live show, and with no two shows ever the same, The Dark Room continues to sell out high capacity venues.

John Robertson is a high-octane cult leader with wild eyes and a thunderous voice. A stand-up, improviser and force of nature, he’s the creator of the hit live-action videogame show “The Dark Room” (4,000,000 hits on YouTube, over 500 performances all around the world), he faked a seizure on reality TV, wrote the Puffin kids book "The Little Town of Marrowville" and wants you to know he loves you, but he's still going to yell at you. You can see him in theatres, clubs, gaming festivals, nerd events and rock shows. Praise for John and The Dark Room: “NOT TO BE MISSED” – The Guardian. ‘The Dark Room is utterly unique, it’s hard to describe the magic and joyful surprises awaiting you within without utterly scaring you off.’ – The Skinny ‘You must see this show’ – British Comedy Guide ‘You have to see the Dark Room at least once in your life’ – The Scottish Sun ‘Great fun, nostalgic, but also a fresh angle for comedy’ – Den of Geek ‘Genuinely, irresistibly dangerous’ – The Stage "If you like your comedy interactive, you’ll be hard-pressed to find better than John Robertson” (ThreeWeeks), “His material is intelligent, edgy and smoothly-delivered” (The Age, Melbourne). “A cult is born” (Bruce Dessau). WINNER - Best Kids Show, Leicester Comedy Festival 2018 WINNER - ThreeWeeks Editors Choice EdFringe 2016 WINNER – ARGUS ANGEL, BRIGHTON FRINGE 2014.