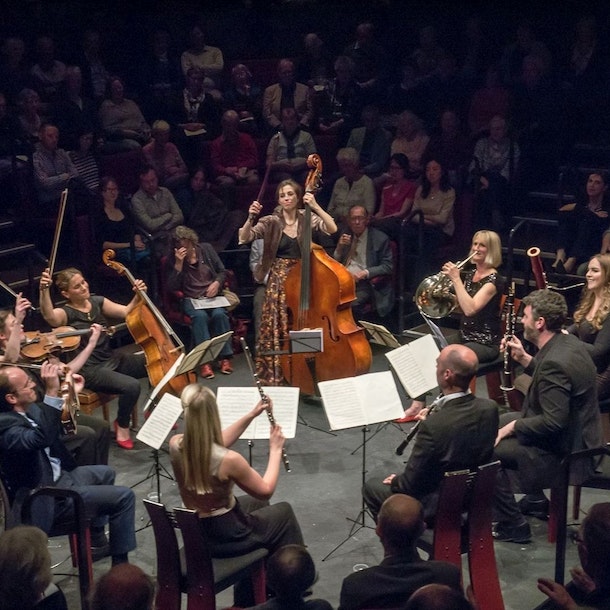 Ensemble 360 has quickly gained an enviable reputation across the UK not only for the quality and integrity of the members’ playing, but also for their ability to communicate the music to a range of different audiences. Formed in 2005, eleven musicians of international standing came together to take up residency in Sheffield with Music In The Round, establishing a versatile group comprising five string players, five wind players and a pianist. The members believe in concerts being informal, friendly and relaxed occasions, and perform 'in the round' wherever possible. Having an audience on all four sides brings with it an intimacy and immediacy between musician and audience that other layouts cannot match. 'Eleven international musicians, brimming with body and soul with passion, vitality and virtuosity, whose performances never cease to amaze' (The Independent) 'The emotional chemistry was manifestly unusual... pure magic' (The Sunday Telegraph).