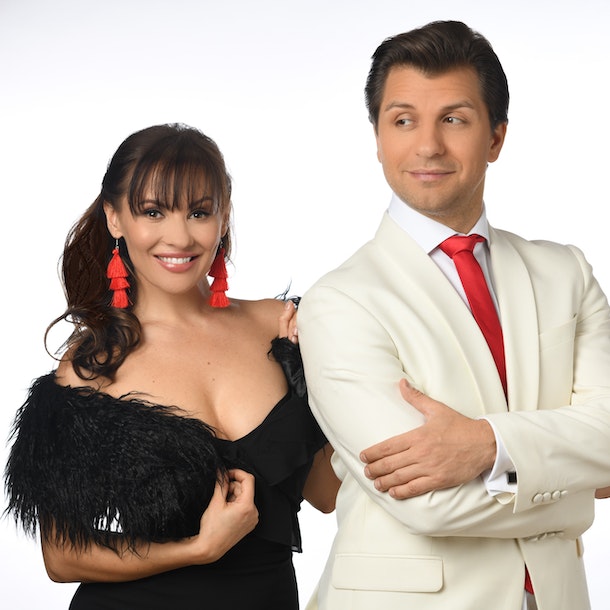 Rise Up With Arts

This Global Livestream Event airs on March 27, 2021 - World Theatre Day. It features stars from the world of theatre, music and dance and celebrates the magical connection and transformative power of the Arts.

The show is an uplifting collaboration between some of the biggest names across the industry. Broadway, The West End, Strictly Come Dancing, So You Think You Can Dance, Dancing With The Stars… the result is a show of unity and support for the arts by the arts and for the people by the people.

Profit from ticket sales will support the incredible Theatre Support Fund+ creators of the iconic ‘The Show Must Go On’ design which to date has raised £600K working with charities such as Acting For Others, Fleabag Support Fund and the NHS Covid-19 urgent appeal.

Star of BBC's Strictly Come Dancing, Russia's Siberian-born Pasha specialises in Ballroom and Latin dance. Kovalev started dancing at age eight, and besides his career on Strictly, in 2009, he joined the cast of Jason Gilkison's production Burn The Floor, one of the leading ballroom based shows in the world, during its stint on Broadway.

Anya Garnis’ expertise is in ballroom dancing, she is a big hit on television captivating audiences not only in the USA but across the world. She first made her name on the screen in So You Think You Can Dance USA, and was a firm favourite with the audience and remains so as an All-Star.

Oscar-winning Don Black is one of Britain’s most successful and versatile lyricists. Black has written many of the greatest and most instantly recognisable songs of the last 60 years for TV, Film and Musical Theatre. Songs like ‘Born Free’, ‘Diamonds Are Forever’ and musicals like ‘Sunset Boulevard’, ‘Billy’ and ‘Aspects of Love’ have helped define popular culture. His world-wide success has taken him from his roots in Hackney all the way to Hollywood.

World famous choreographer, presenter of So You Think You Can Dance and author.

Robin Windsor is most well-known for his time on Strictly Come Dancing. The professional dancer has also performed shows around the world including 'Burn The Floor' and 'Keep Dancing', as well as his 'Dance To The Music' show where he performed with Kristina Rihanoff.

Kerry is recognised as the leading lady of West End and Broadway musicals, with a number of starring roles in London, New York, and around the world. She has achieved chart-topping success as a recording artist signed to Universal Decca with her debut album Anthems. Kerry is best known for her roles including the original ‘Meat’ in Queen and Ben Elton’s musical, We Will Rock You; the first British actress to play Elphaba in Wicked in the West End as well as on Broadway; and Ellen in Miss Saigon. Other leading role credits include Grizabella in Cats at the London Palladium, for whichKerry won a What’s on Stage Award; Nancy in Oliver! Fantine in Les Misérables, and most recently, Sara in the European premier of Murder Ballad in London’s West End. Her chart-topping debut album ‘Anthems’ was produced by Brian May and gave the partnership their first taste of chart success, also collaborating on Kerry’s first major CD Wicked in Rock. This partnership triggered a highly successful touring career.