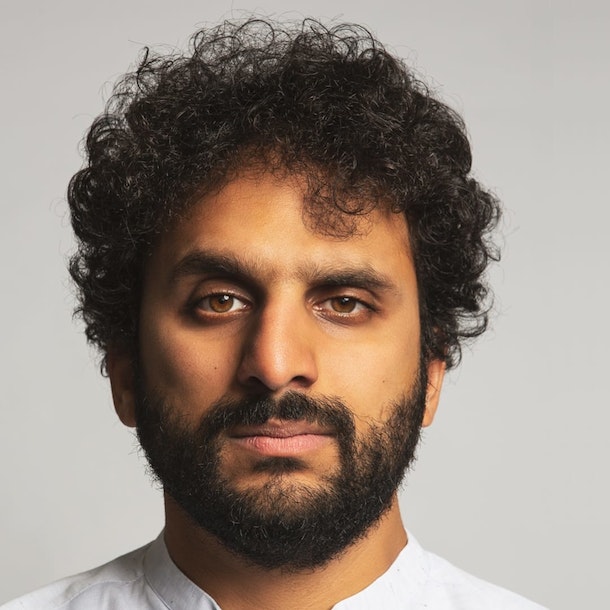 Oxford's biggest comedy night of the year is back, it's the Oxfordshire Mind Comedy Gala! Join Jericho Comedy and Oxfordshire Mind as the gala goes online for 2021.The show will be streamed via Next Up comedy, the Netflix of UK comedy. Grab your tickets for April 24th for a gut wrenchingly good line-up from the comfort of your living room. All proceeds from the show go to supporting local mental health. To date Jericho Comedy have raised over £70,000 for local mental health. So grab yourselves a ticket to raise even more to support this great cause.

This year the show will be introduced by an exclusive video from comedy legend and Mind UK president Stephen Fry. Hosted by Jericho Comedy resident MC Alex Farrow this year's line up features Rosie Jones, Helen Bauer, Huge Davies, Janine Harouni, Chelsea Birkby, Ivo Graham and Nish Kumar. This is a star studded line-up coming together to laugh the lockdown away in aid of mental health. Tickets can be purchased to stream the show via Next Up or to be in the front row of the show on Zoom (to be seen and heard by the acts in the show).

Jericho Comedy is Oxford's independent comedy club, regularly hosting big names from TV and across the comedy circuit. Winners of the 2019 & 2020 Chortle Comedy Industry Award for being the best comedy night in the region, as recommended by the Sunday Times, as heard on BBC Radio 4. During the pandemic they?ve performed more drive in comedy shows than any other comedy club in England as well as performing on boats floating on the river Cherwell. Recommended as the iPaper?s ?Top socially distanced nights? out?, ???? 'Very funny' The Telegraph 2020 'Top 4 most memorable shows of 2020' Chortle. Nominated for 2021 spirit of the Leicester Comedy Festival.

Praise for the acts

Critically acclaimed comic, internationally famed meme & wonderfully nice gentleman, Nish Kumar is a comedian, and a bloody good one at that (Time Out). Nish has achieved huge success on the stand-up circuit with five rave reviewed solo stand-up shows at the Edinburgh Fringe Festival. You?ll recognise him as host of the Mash Report (BBC2) appearances on Q.I., Mock The Week & Live At The Apollo (BBC2), Have I Got News For You & The John Bishop Show (BBC1), 8 Out of 10 Cats Does Countdown (Channel 4), Russell Howard?s Stand-Up for Central, Drunk History, The Alternative Comedy Experience & Live At The Comedy Store (Comedy Central), Alan Davies As Yet Untitled and Taskmaster (Dave).

With her infectious laugh and high energy, Rosie Jones has quickly become a must-see act on the UK comedy circuit. As seen on Live At The Apollo, The Jonathan Ross Show, 8 Out Of 10 Cats, 8 Out Of 10 Cats Does Countdown, The Last Leg, Rosie Jones Tries To Help, Live From The Comedy Store, Joe Lycett?s Got Your Back, Comedy Central UK?s Roast Battle, Mock The Week and Hypothetical. Rosie has completed two sell-out runs at the Edinburgh Festival Fringe with both Fifteen Minutes and Backward receiving critical acclaim, included the Scotsman describing her show as ?both elegantly crafted and mischievous to its bones?

Apologetic Eton and Oxford alumnus Ivo started stand-up in 2009 at the age of 18 and eight months and later became the youngest ever winner of the prestigious So You Think You?re Funny award for new acts at the Edinburgh Fringe. With a gauche charm and crafty, self-aware wit which has led to appearances on multiple TV and radio shows including Live At The Apollo, Have I Got News For You, Mock The Week, Live From The BBC, Comedy Central At The Comedy Store and As Yet Untitled. He is a regular writer on Fighting Talk and The Last Leg, he is also busy developing his own sitcom for the BBC. His four solo stand-up shows have enjoyed sell-out runs at Edinburgh and London?s Soho Theatre.

Combining his confident on stage presence, dark humour, surreal material and one-of-a-kind customised keyboard, Huge has quickly risen to become one the most exciting, unique new acts in the UK. He will next be seen on The Stand Up Sketch Show (ITV2)! TV appearances include Harry Hill?s Clubnite (Channel 4), Jonathan Ross? Comedy Club and Out There (ITV), The Now Show (Radio 4), Comedy Central at the Comedy Store, The Comedy Central Chart Show and being the first ever musical battle on Roast Battle UK (Comedy Central).

Helen is a comedy force of nature who takes complete control of the room. TV appearances include CelebAbility, The Stand Up Sketch Show and Hey Tracey (ITV2), The Dog Ate My Homework (CBBC), Fat Chat and Comedy Central?s Digital Fringe (Comedy Central), CALM Gala (Dave), Edinburgh Nights (BBC 2), Period Dramas (BBC 3), Unexpected Fluids and Scarlett Moffat Wants To Believe (Radio 1), Radio 4?s Comedy Club and Newsjack Unplugged (Radio 4). In August 2019, her debut show at the Edinburgh Festival beat out 700 other shows to be nominated for the Best Newcomer Award. In February 2020 she performed the show at the prestigious Soho Theatre in London.

Oxfordshire Mind Gala regular, Chelsea talks frankly and funnily on the nature of mental health. After joking brilliantly about lived experience at our first gala Chelsea was headhunted to become an Oxfordshire Mind Trustee. Chelsea is mentally ill "talked frankly about mental illness" ???? (Oxford Times) sexually ashamed "Cheeky adult humour" ???? (Oxford Mail) high on own supply- can guarantee laughter (her own) "seemed to tickle herself? (Chortle) with "cleverness and class... guarantee anyone will enjoy" ???? (Mumble) "gently incisive" ???? (Bath Echo) "likeable, personable" (The Scotsman) seen at The Stand, Backyard, Comic Boom and regularly at Jericho Comedy.

Mr Saturday night himself, Alex is the resident host of Jericho Comedy?s weekly saturday night shows. His lightning quick wit, buttery smooth charm and controlled MCing have helped Jericho Comedy gain a reputation as one of the best comedy clubs around (2019 & 2020 Chortle Award for the best comedy night in the region, ?4th most memorable comedy gig of 2020? Chortle). His playful and intellectual humour dances around from the elegant and philosophical to the puerile and absurd. From market economics to big bums, Aristotelian democracy to drinking culture, dick jokes to pagan witchcraft. His material often educates as well as entertains with shows on the nature of science, philosophy, and history. As heard on BBC Radio 4?s Comedy Club Extra. the host at Union Jack FM?s 'One Night Stand'

Laughing Horse New Act of the Year 2018. Starred in Comedy Central's sketch series Modern Horror Stories. Janine is also one-third of the multi-award-winning sketch trio Muriel whom Chortle have hailed as 'the new Smack the Pony'.