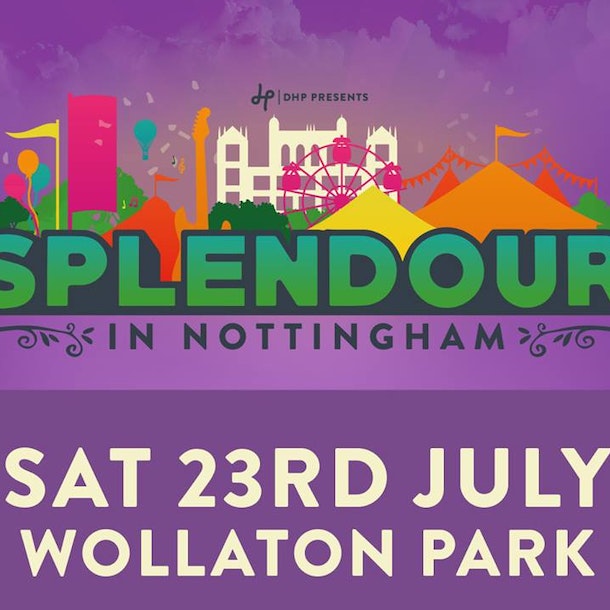 Nottingham’s favourite family festival returns to the beautiful setting of Wollaton Park on Saturday 23rd July 2016. Besides the great music, there will also be stalls, a funfair, bars and kids area.

The Darkness exploded into the public consciousness for both their unique brand of glammed-up rock and outrageous stage costumes when their debut album 'Permission To Land' shot to number one, spawning new rock anthems including 'Love Is Only A Feeling', 'I Believe In A Thing Called Love' and 'Growing On Me'. It was also the fastest selling debut album by a British band in America since The Spice Girls. They also achieved the rare feat of releasing a modern Christmas single that continues to be played on radio every December. They have gone through a few line-up changes over the years, but they continue to rock, as ever with the flamboyant Justin Hawkins at the helm.

The irresistibly amiable John Ryan uses his acerbic wit and seemingly encyclopaedic knowledge of the world around him to keep any audience on their toes. His East End Irish upbringing gives him the rare ability to connect with people from diverse backgrounds. No stranger to either the strange or the norm, he will put an amusing spin on any subject matter going. An already established writer he undertook a new venture in 2006 as one half of the duo him 'n' im, and he penned an 'unofficial' World Cup ditty, 'We're going to do quite well .. injury permitting!', which received radio play up and down the country'. Alongside his successful career as a stand-up comedian, John is in high demand for his hilarious health-related humour. “If you can make people laugh, you can make people listen” says John, and laugh they do.

Will Varley is a folksinger/ poet/ storyteller and novelist from London. He has been a stalwart of the Acoustic/Folk scene since his early teens, playing hundreds of gigs in England and Ireland and supporting some huge names along the way. He's picked up a whole host of new fans including folk guru Mike Harding and BBC Introducing presenter Tom Simmons.