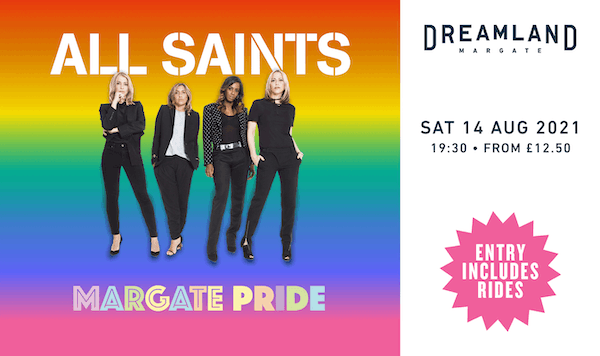 This show was rescheduled from 8th August 2020.

One of the biggest girl bands of the 1990s, All Saints - Natalie and Nicole Appleton, Melanie Blatt and Shaznay Lewis- became one of the most symbolic British pop groups of the 1990s with 12 million record sales, five number one singles, two multi-platinum albums and two Brit awards. Their debut album, ‘All Saints’ went 5x platinum and produced 3 number-one singles, including the double BRIT award-winning ‘Never Ever’ that ended up selling over 1.2 million copies. The album also spawned the No 1 singles ‘Under the Bridge / Lady Marmalade’ & ‘Bootie Call’. Their second album, ‘Saints & Sinners ‘ (2000), also yielded two number 1’s, the Ivor Novello award winning ‘Pure Shores’, written by Shaznay Lewis and William Orbit (who also produced the song), for the soundtrack of the film The Beach (starring Leonardo DiCaprio) and ‘Black Coffee’. In 2006 they reformed for a short time, scoring a No 3 hit with 'Rock Steady', then after a 10-year hiatus, the girls returned in 2016 with new material.