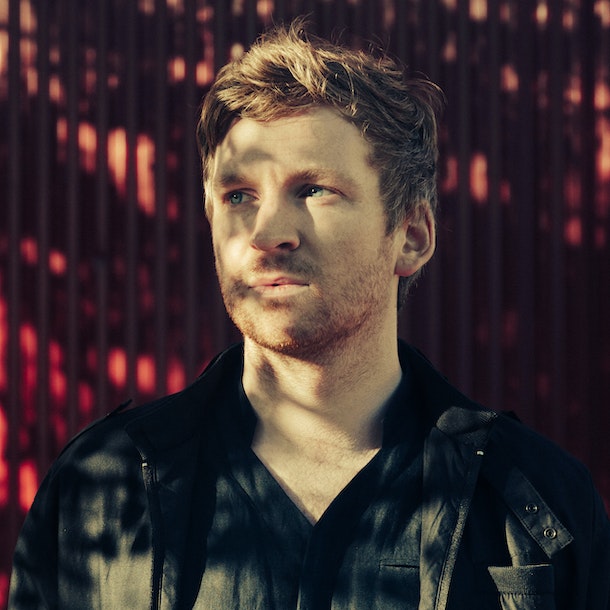 OPIA is a celebration of music and film, friendship and collaboration curated by Icelandic BAFTA-winning composer Olafur Arnalds. On 8 November, OPIA takes over Southbank Centre for a full evening of performances across our venues. ‘Opia’ means ‘the ambiguous intensity of looking someone in the eye’, according to film-maker John Koenig’s Dictionary of Obscure Sorrows. Arnalds chose the name to reflect the closeness of the creative community to which these artists belong.

Arnalds heads a line-up that also features sets from piano/electronic duo Grandbrothers; pianist, violinist, producer, and composer Poppy Ackroyd; creator of brooding, breaks-infused techno Vaal; and the sparse R&B of Rhye. Kiasmos take us through to the early hours with a rare live set.

Fragile, emotional, classical indie music is a good way to describe Icelandic artist Olafur Arnalds' music. An obvious comparison is to Sigur Ros, but Arnalds is sculpting his own epic, string-laden compositions. He as always enjoyed pushing boundaries with both his studio work and live-shows. He has built up a dedicated international following and is well established for his genre-crossing work blending classical, pop and ambient/electronica influences to a unique musical language. He also scored a BAFTA award winning soundtrack for ITV's popular drama series 'Broadchurch'.

Kiasmos is made up of Icelandic BAFTA-winning composer Ólafur Arnalds, known for his unique blend of minimal piano and string compositions with electronic sounds, and Janus Rasmussen from the Faroe Islands, known as the mastermind of the electro-pop outfit Bloodgroup. Based in Reykjavík, Arnalds used to work as a sound engineer, often for Rasmussen's other projects, where the two musicians discovered their common love for minimal, experimental music. They eventually became best friends, often hanging out in their studio, exploring electronic sounds. After dropping several tracks and performing at select festivals throughout the years, Ólafur Arnalds and Janus Rasmussen dedicated the year 2014 to explore the area in-between Ólafur’s more acoustic, piano-based solo work and Janus’s synth-heavy electro pop, with their collaborative electronic project Kiasmos.

An experimental piano duo from Brussels.

Shrouded in mystery, Rhye first surfaced setting the Internet abuzz with ambiguous imagery, sophisticatedly sensual music videos, and that distinctive voice. Following the runaway online success of two initial singles, the critically acclaimed debut album Woman was released in 2013 and lauded by critics from Pitchfork to The Guardian to New York Times. Gifted songwriting, breathtaking vocals and deft instrumental arrangements combine to create an intoxicating blend of R&B influenced, deeply emotive music making the album a staple for provoking intimate moments. Since the release of Woman, Rhye has relentlessly toured to establish a devoted global fanbase. Transforming what was once a studio project, the music has been elevated by a cast of accomplished multi-instrumentalists enrapturing crowds in theaters and festivals worldwide, highlighted by riveting sets at Coachella and Pitchfork amongst many others.

Poppy Ackroyd is a performer and composer from London who is currently based in Edinburgh. Classically trained on violin and piano, she fell in love with contemporary piano music and with the piano beyond the keys, discovering the world of sound that could be made from other parts of the instrument. Realising the violin had the same potential, she has spent the last few years composing delicate, intricate and beautifully atmospheric music by manipulating and multi-tracking sounds from these two instruments.

Hania Rani is a pianist, composer and musician who splits her life between Warsaw, where she makes her home, and Berlin where she studied and often works. She has written for strings, piano, voice and electronics and has collaborated with the likes of Christian Löffler, Dobrawa Czocher and Hior Chronik. She has performed at some of the most prestigious venues in Europe - from the National Philharmony in Warsaw, to Funkhaus in Berlin, to The Roundhouse in London (where she made her debut at the Gondwana 10th anniversary festival last October) and at festivals such as Open’er, Scope Festival and Eurosonic. Her compositions for solo piano were born out of a fascination with the piano as an instrument, and her desire to interpret its sound and harmonic possibilities in their entirety and in her own way.

German singer / songwriter Josin’s music sees a dynamic blend of electronic jolts, enhanced by keyboards and haunting poetic vocals that draw on a variety of traditions, from classical to electronic. As a self-taught producer, Josin is always experimenting, incorporating the electronical world into her writing as well as composing string arrangements.