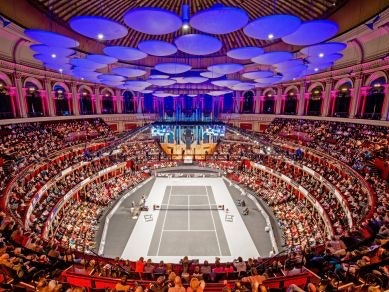 The 2014 Statoil Masters was a memorable event – a few highlights include debutantes Andy Roddick and Fernando Gonzalez battling it out for the ATP Champions Tour crown, John McEnroe and Pat Cash continuing their rivalry on-court and love of rock ‘n’ roll off-court and raising over $1 million for the Elton John AIDS Foundation during the Mylan World TeamTennis Smash Hits Charity Match, with Sir Elton John and Billie Jean King present courtside throughout the evening.