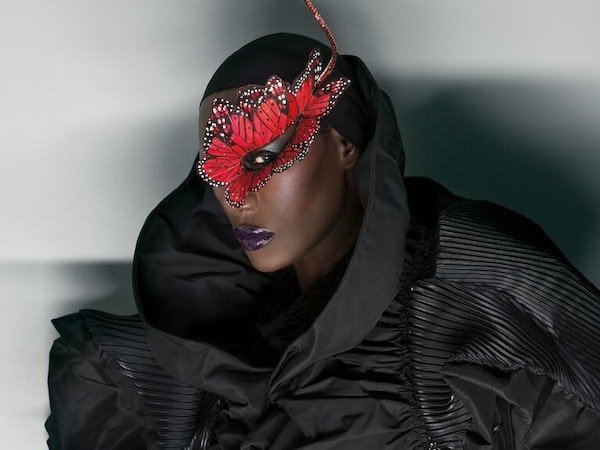 Famed for captivating audiences with her cross-genre music, avant-garde costumes and wild performances, Grace Jones is never one to disappoint a crowd.

Jones promises a one-of-a-kind show to close her Meltdown – watch this space for more details.

One of the most recognised figures of contemporary culture, Jones has had an enduring influence on countless artists from Björk to Lady Gaga with her attitude of fierce individuality and fearless self-expression.

Taking the world by storm as one of the first black supermodels in the 1970s, she went on to release a string of acclaimed albums including Warm Leatherette, Nightclubbing and Slave to the Rhythm.

Her bold, androgynous image has made her a muse to artists and designers including Issey Miyake, Thierry Mugler and Andy Warhol.

Seventies and eighties singer known for her unmistakable voice and androgynous look, who had hits with tracks such as Slave To The Rhythm, Do Or Die, Send In The Clowns and Nightclubbing.