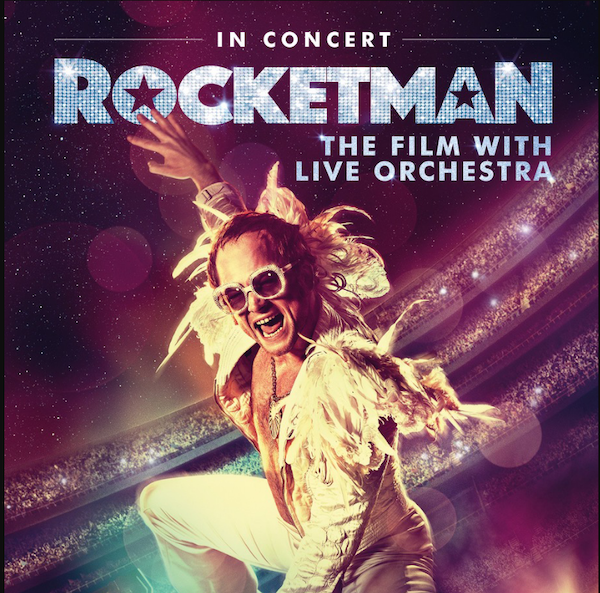 For the first time ever in the UK and Ireland, the critically acclaimed, multi-award winning epic musical fantasy charting the life of the legendary Elton John, Paramount Pictures’ Rocketman, will be presented live in concert across the country, with a full orchestra performing its iconic soundtrack live to picture. The film will be projected onto a huge ultra-HD screen, whilst the orchestra on stage brings to life the stunning soundtrack - the music of Elton John. Rocketman depicts the fascinating and tumultuous story of Elton John’s life and journey to becoming one of the most decorated and successful icons of popular music. Directed by Dexter Fletcher and written by Lee Hall, the film sees award-winning actor Taron Egerton take on the lead role of Elton, singing his way through Elton’s success with ubiquitous hits such as ‘Your Song’, ‘Tiny Dancer, ‘I’m Still Standing’, and many, many more.