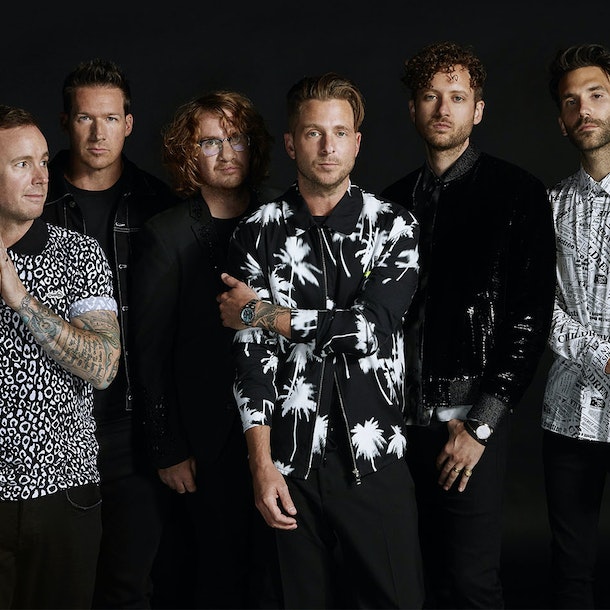 GRAMMY nominated OneRepublic have announced that they’ll be embarking on a European tour in 2022, including three shows in Glasgow, Manchester and London.

Alongside OneRepublic, frontman Ryan Tedder has been busy working on a number of projects with some of pop’s biggest names, executive producing and co-writing the comeback album from the Jonas Brothers and penning hits for the likes of Camila Cabello, Pink, 5 Seconds of Summer, Sam Smith and Anitta. Tedder has also been sharing his expertise as a mentor on his new hit US TV show ‘Songland’, where he is also a producer. The show is currently filming its second series.

OneRepublic is comprised of singer/songwriter and lead vocalist Ryan Tedder, guitarists Zach Filkins and Drew Brown, bassist and cellist Brent Kutzle, and drummer Eddie Fisher. The band released their debut set Dreaming Out Loud in 2007. The Mosley Music Group/Interscope release included the multi-platinum-selling smash single, Apologize, which shattered digital sales and airplay records worldwide and received a Grammy Award nomination. The band’s sophomore album, 2009’s Waking Up, produced the hit singles“All the Right Moves, Secrets and Good Life. The certified-platinum album Native followed in 2013, featuring the No.1 hit and 33 million plus-selling single Counting Stars, along with a worldwide tour. OneRepublic released Oh My My, their fourth full-length album in 2016. In the spring of 2018, the band released Start Again ft. Logic, a song featured on the soundtrack for the Netflix drama 13 Reasons and Connection which was part of FCA’s Summer of Jeep campaign.