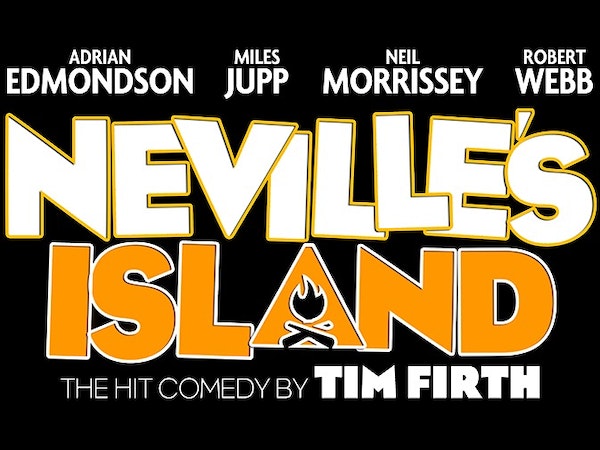 Shipwrecked in the Lake District, menaced by wildlife and with only a sausage between them, our unlikely explorers battle the elements and each other as corporate bonding descends into a hilarious carnival of squabbling, French Cricket and cagoules.

“Someone you could listen to forever on almost any subject" - British Comedy Guide. Miles uses his toff persona to great comedic effect, combining superbly patronising remarks with ungainly attempts to laddish. Perrier award nominated Miles discusses, rants about himself, you, domestic imprisonment, fatherhood, having to have opinions, hot drinks, the bloody government, bad balance, housing, ill health, the ageing process, navigation, other people's pants and, inevitably, a number of other things. Miles started performing stand up in Scotland in 2000 and the following year won both So You Think You’re Funny and The Leicester Mercury Comedian of the Year. Since then Miles has performed all over the world with his exasperated style of humour, getting a laugh from all of those everyday things that you get a little irked about. His many TV credits include Have I Got News For You, Mock The Week, Michael McIntyre’s Comedy Roadshow and BBC2 hit sitcom Rev, whilst on Radio 4 he's known as panel show host of It's Not What You Know along with appearances on Just a Minute, I’m Sorry I Haven’t A Clue and sitcom In And Out Of The Kitchen, which was nominated for a Writers' Guild Award and will transfer to BBC television in 2014. 'A master of metaphor, a seignior of similes' (Independent) 'His suitcase gags are cute, but this show goes from strength to strength as Jupp finds subjects worthy of his moral outrage' (The Guardian).

Neil got his first TV job while still at drama school and on leaving, landed a role in the film 'The Bounty' with Laurence Olivier, Anthony Hopkins and Mel Gibson. His big break came soon afterwards in the long-running series 'Boon'. But it was 'Men Behaving Badly' which brought him, along with co-stars Martin Clunes, Leslie Ash and Caroline Quentin, to nationwide stardom. Neil now spends more time on the stage, and enjoys a greater variety of roles in productions from 'Mamet's Speed The Plow' to Victoria Wood's 'Acorn Antiques', from 'Guys And Dolls' to 'Rain Man'. His recent TV roles have been as diverse as 'Skins' and 'Waterloo Road' and not only is he one of the most recognised faces of TV, but one of the most recognised voices as the voice of 'Bob the Builder' and the narrator for the popular children's programme, 'Maisy Mouse'.

One half of the hilarious Mitchell & Webb duo, best known as the face of Jeremy in the award-winning comedy series Peep Show (and less well-known as the 88th sexiest man in the world, according to New Woman magazine). Peep Show's immense success has caused Webb and partner to return to sketch comedy with That Michell and Webb look, and 2009 has seen the release of This Mitchell and Webb Book.