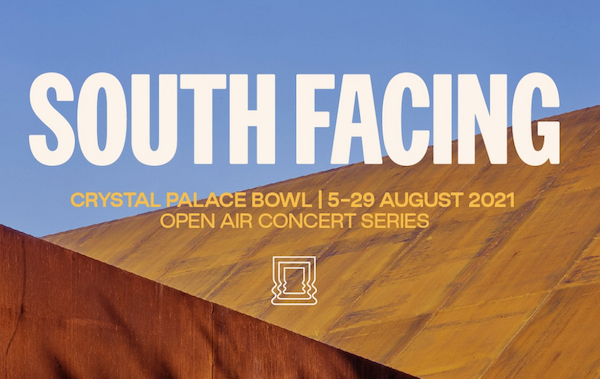 See all dates for South Facing 2021

Kruder & Dorfmeister, named after members Peter Kruder and Richard Dorfmeister, are an Austrian duo most known for their downtempo-dub remixes of pop, hip-hop and drum and bass tunes. Although best known internationally for their remixing work, the duo gained their primary reputation in Europe for their live DJ performances and DJ Kicks album.

The Comet Is Coming

The Comet Is Coming are a London-based band who incorporate elements of jazz, electronica, funk and psychedelic rock, with a love of all things outer space, science fiction and B-movies. The Guardian described them as "true heirs" to cosmic jazz pioneers Sun Ra.

Take the improvisational character of jazz, combine it with the raunchiness of funk, flavour the mixture with African tradition. What do you end up with? Afrobeat and KOKOROKO (meaning 'be strong' in Urhobo). They are a collective of young musicians brought together by a love for Afrobeat. They specialise in a soul shaking, horn fuelled sound with West African roots and Inner London hues.

'Yaz is a beautiful soul, a poet and an engineer of the sweetest melodies. Her knack for shaping phrases gives her the subtle genius of a legend in the making. Do not sleep on this girl' Acoustickle

Best known as a radio presenter on Saturday afternoons on BBC 6Music and as an international club DJ, Gilles Peterson is also an avid record collector, a curator, a music producer and record label boss. Every year he puts on two large events – the Worldwide Awards in London which are his annual showcase of that years best music and the Worldwide Festival which has expanded to two editions – one in south of France in July and one in Switzerland in March. He also presents a syndicated weekly radio show that is broadcast all over the globe, from Shanghai and Sydney to France and Germany. He has a long history of running record labels, including Acid Jazz in the late Eighties, Talkin Loud in the Nineties through to his current venture, Brownswood Recordings, which releases some of the best underground music around.