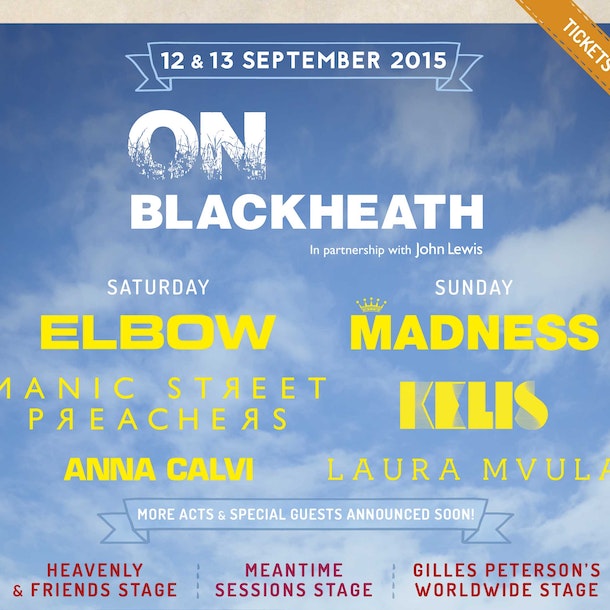 After the incredible success of the first ever OnBlackheath festival in 2014, it's set to return in September 2015, with two days of music, food, and festival adventure for all.

Over 25,000 festival goers attended the first ever food and music festival that took place in Blackheath, London, with memorable headline slots from Massive Attack, Frank Turner and Grace Jones. The weekend proved to be a rousing triumph of incredible music and innovative immersive food experiences. OnBlackheath 2014 was shortlisted for three prestigious UK Festival Awards including Best New Festival, Line-Up of the Year and Concession of the Year.

The original Nutty Boys, back together with all their greatest hits, including 'Baggy Trousers' and 'It Must Be Love'. They are Britain's most successful chart band in music history, having had 21 top twenty singles in a seven year period from '78-'86, and many more since (over 30 in total). Despite their impressive back catalogue, Madness continue to record new material and released the critically acclaimed studio albums 'The Liberty Of Norton Folgate' and 'Oui Oui Si Si Ja Ja Da Da' in recent years and 'Can't Touch Us Now' in 2016.