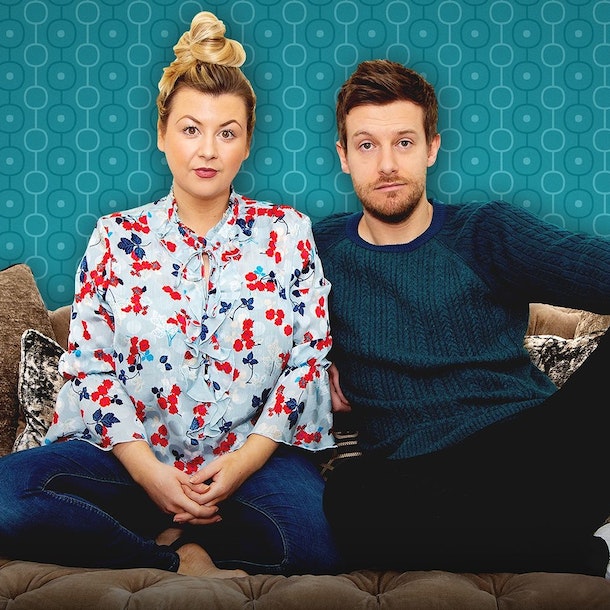 at Theatre Royal, Glasgow
Sold out

For the first time ever Chris and Rosie Ramsey are bringing their smash hit podcast, Shagged. Married. Annoyed., live to venues this September.

The only way the Ramseys can have a conversation without being interrupted by a small child or ending up staring at their phones is by doing a podcast. One that has gone on to frequently top the charts and has had a phenomenal 18 million downloads to date.

As always, the loveable Geordie duo will be chatting all about life, relationships, arguments, annoyances, parenting, growing up and everything in between, but this time in front of a live audience.

Following the instant success of Chris and Rosie Ramsey’s podcast Shagged. Married. Annoyed, which launched early last year, regularly hitting No. 1 on the download charts and reaching a staggering 18 million downloads worldwide to date, the time has come for the lovable Geordie duo to leave the comfort of their South Shields living room and bring their hit podcast to live stages around the UK. In the same vein as their weekly podcast, Chris and Rosie will be chatting all about life, relationships, arguments, annoyances, parenting, growing up and everything in between, but all in front of a live audience.

Rosie is an extremely versatile and talented individual. She is an actor, presenter, Radio DJ, Live host, singer, Vlogger and Instagram star. On screen, she has appeared on “Married to a Celebrity: A Survival Guide” and “Parenting for Idiots” for Channel 4, as well as interviewing WWE Superstar John Cena and Hollywood actor Lesley Mann for The Chris Ramsey Show on Comedy Central. Rosie is also an experienced and well accomplished presenter; she co-hosted the drive-time show on Capital Radio in the North East, has MC’d and performed at a huge number of live events as well as sharing the stage and duetting with global pop megastar Ed Sheeran. Most recently, Rosie has amassed an army of followers on Instagram due to her hilariously real and brutally honest depiction of her everyday life through her instagram stories and VLogs. Her infectious personality and quick wit, has her dedicated and loyal fans hanging on her every word. Her videos and posts consistently amass huge numbers of views and interactions, proving her an extremely well loved and in demand interactive influencer.