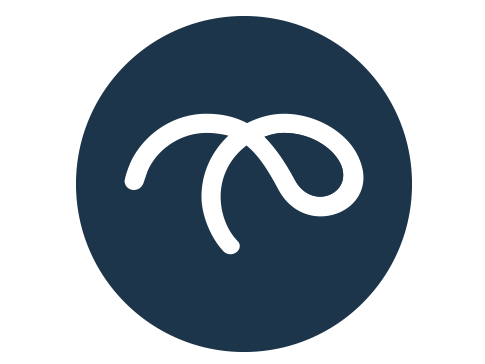 Curated and presented by the award-winning Drift Record Shop, Sea Change is a festival based in Totnes town and the historic Dartington Estate taking place from 24th-26th May 2019.

The Comet Is Coming

The Comet Is Coming are a London-based band who incorporate elements of jazz, electronica, funk and psychedelic rock, with a love of all things outer space, science fiction and B-movies. The Guardian described them as "true heirs" to cosmic jazz pioneers Sun Ra.

Melnyk is a pianist and composer and pioneer of what he calls 'continuous music' - an approach to the piano which requires a totally new technique based on extremely rapid notes and note-series that create a "tapestry of sound" usually with the sustain pedal held down to generate overtones and sympathetic resonances. According to Wikipedia, he is also the fastest pianist in the world, sustaining speeds of over 19.5 notes per second in each hand and holds the record for the most notes played in an hour. But more than just a technical display, Melnyk's note choices create a personal soundworld of mystical calm.

Mixing heavy, twisted electronics with soundscapes and perhaps a bit of dance, Gazelle Twin is known for her incredible live shows.

From Northampton, Maps' music is made alone by founder member James in his bedroom, with live band completed by James and August. Maps' musical backdrop is a colourful one, a list of influences ranging from Godspeed to Modest Mouse, and from The Beach Boys to Knowledge Of Bugs.

Uncompromising but still melodic: strap yourself in for the experimental sound of maverick four-piece black midi. They met at the Brit School and built their reputation through fierce, driven gigs at Brixton’s Windmill, before supporting Shame and performing at SXSW – making a number of ‘best band’ lists – on their debut American tour. Their reference points include rapper Danny Brown, Death Grips, Deerhoof, Miles Davis and Talking Heads, and their sound has been described as ‘country twangs, ambient textures, funky basslines, industrial beats, and noisy riffs – sometimes in the same song’ (The Outline).

While W.H. Lung’s name might suggest a nod to the likes of WH Auden and similarly austere literary figures, it actually comes from a Chinese supermarket in their native Manchester. This deliberate blurring of high and low culture is part of the appeal of the enigmatic three-piece (Joseph E on vocals/synths, Tom S on guitar and Tom P on bass), their songs juxtaposing simplicity with free-ranging experimentation. But even more key is their ability to seamlessly meld genres – krautrock, post-punk and synthpop, most prominently – to create songs that are fresh and exciting yet familiar-sounding and accessible.

Like if Nico sang about milk bottles or 'a Joni Mitchell for the anti-folk generation' (NME), Newcastle's Du Blonde has been bubbling under since 2008 with sporadic singles and EPs, until 2012 finally saw the release of her debut album on Mute, 'Yours Truly, Cellophane Nose', joined by her merry band of men known as The Hooves Of Destiny. An eclectic blend of folk, soprano warbles and quirky art-pop songs.

Rozi Plain is from Winchester but based in Bristol, where she creates her own beautifully intimate music that captures life slowly floating by. Sister of Fence Records' Romanhead, she's as English as they come, her sweet and simple folk melodies and blues ditties a pleasure to experience.

For the best part of two decades Pike has operated at the cutting edge of the electronic and jazz music worlds, releasing albums to critical acclaim and touring the world with his bands PVT (formerly Pivot), Triosk and Szun Waves, and featuring on numerous albums, tours and soundtracks as a collaborator.

'A great singer and a latter day Delia Derbyshire' - The Observer The Northern Ireland artist who reinvented iconic 80's songs on a hand-cranked music box, Peel has also created original material fusing analogue synths with angelic haunting vocals. The artist and composer is also a member of the collaborative band The Magnetic North.

'Never listen to people who want to change your music. With that advice from a fellow musician Amsterdam based Pip Blom started making songs. First with a three string Loog guitar with the 14 track demo album Short Stories as result. Some years later, the sound has changed completely. Gone is the ‘girl with little guitar’. Enter electric guitars, bass and drums. But it is still Pip.'

You Tell Me is the new musical venture of Sarah Hayes (Admiral Fallow) and Peter Brewis (Field Music). They met performing together at a celebration of Kate Bush’s music, and have since then been writing and recording new songs between Glasgow and Sunderland.

See You Tell Me tour dates

Doomsquad is a Toronto-based art project made up of siblings Trevor, Jaclyn, and Allie Blumas. The trio create experimental dance music that’s heavily indebted to trance and psychedelia. As interdisciplinary artists, the band brings a wide range of influences to bear throughout their work. From far-reaching global beats to the sounds of their local community, it’s all thoughtfully curated and channeled into a project of immersion and unity. The result is a mesmerizing sonic landscape of dynamic repetition. Doomsquad constructs a contemplative space for deep listening, within the music and within yourself.

Well-loved singer and musician with a wide range of traditional and contemporary material.