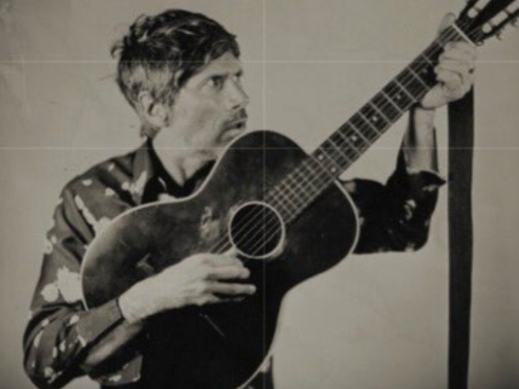 Gruff Rhys is a prolific and inventive Welsh musician whose music encompasses a range of styles, including psychedelia, folk and electro-pop. His third album, Hotel Shampoo, won the Artrocker Album of the Year award and the Welsh Music Prize in 2011. Gruff is well known as the singer and main songwriter for Super Furry Animals, and he also formed Neon Neon, the electro-pop collaborative project with Boom Bip.

In 2014, Gruff released American Interior, an album, book, film and app, exploring the life of John Evans, who left Wales for north America in 1792 in search of a lost tribe of Welsh-speaking Native Americans. Then in 2016, despite a busy schedule touring again with the Super Furries, he found time to compose the soundtrack album for Andy Goddard's film Set Fire To The Stars. His most recent release, 2018's Babelsberg, was recorded with the 72 piece BBC National Orchestra of Wales.