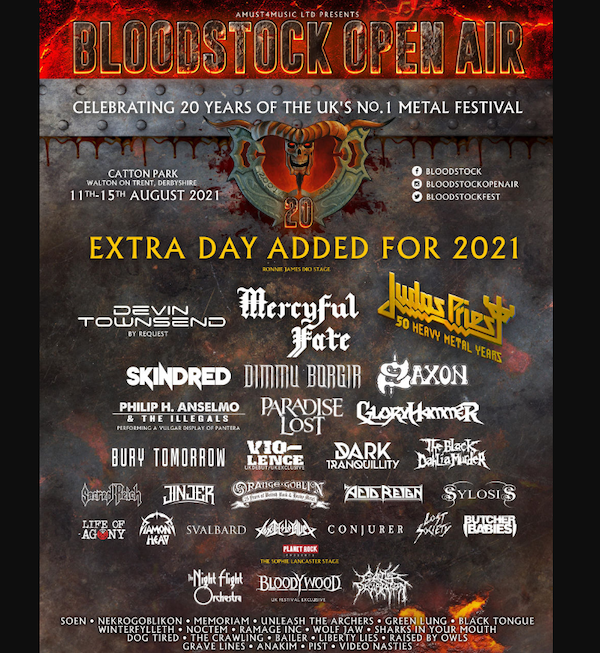 Bloodstock Open Air (B-O-A) is the UK’s biggest independent METAL festival. Held at the picturesque location of Walton on Trent in Derbyshire, B-O-A has won the hearts and minds of fans of heavy rock and metal by consistently showcasing the strongest metal line up on UK soil.

Bloodstock will be back in August 2021 for another weekend of amazing live rock and metal.

Canadian artist who describes his music as 'speed metal pop songs' combining the use of brutal drumming with broad, atmospheric melodies and open repetition.

Mercyful Fate is a Danish heavy metal band from Copenhagen, formed in 1981 by vocalist King Diamond and guitarist Hank Shermann. Influenced by progressive rock and hard rock, and with lyrics dealing with Satan and the occult, Mercyful Fate were part of the first wave of black metal in the early to mid-1980s.

One of the stalwarts of the British hard rock scene whose in-your-face metal rocked a generation. Known for twin lead guitars, a wide operatic vocal style, and for introducing the S&M leather-and-studs look into heavy metal, they have sold over 45 million albums worldwide.