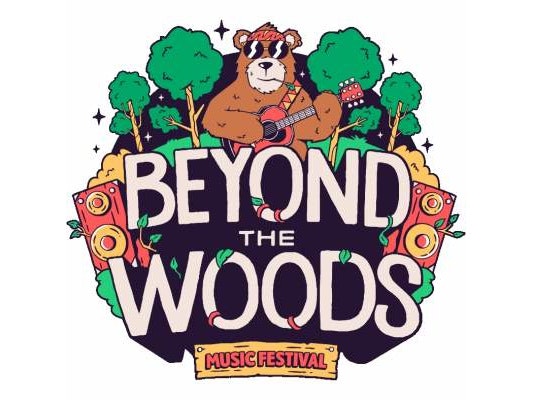 Now in its fifth year, Beyond The Woods will once again be held in the beautiful, rural setting of Horncastle’s Stourton Estates.

Well known for its friendly and relaxed atmosphere, the event will expand to three stages for the first time in 2019, featuring a mix of genres, and takes place on August 9th-10th.

"Sounds like the middle ground of hip-hop, indie and slacker-rock for fans of Jamie T and Beastie Boys" - NME The members of Leicester 5-piece Easy Life have a shared love of Hip-Hop, Jazz, Funk and Punk, creating a musical melting pot of genres with laid-back smooth grooves, all delivered effortlessly by front man Murray.

DJ best known for presenting his show on BBC Radio 1.

London residing solo indie singer-songwriter and multi-instrumentalist from Chesterfield. He composed his debut single as part of an A Level music course, for which he was graded a U. Grades sometimes mean nothing though, and ‘Trampoline’ went on to amass over 300,000 streams on Spotify! 'Sparkling Indie Pop at its finest' - The Indiependant

Four-piece Marsicans from Leeds play upbeat indie meets dirty pop. Their driving, harmony-laden sound and exciting live shows are earning them a reputation as an emerging force in British music. The guys take their influences from the Beach Boys, Bombay Bicycle Club to Paul Simon. "The Leeds quartet have refined a sound that infuses Britpop with a little Vampire Weekend-style globalism." - Entertainment Weekly (USA)

Spinn are a four-piece from Liverpool who create their own kind of jangly guitar pop. They are made up of lead singer and guitarist Jonathon Quinn, lead guitarist and keyboard player Andy Power, bassist and backing vocalist Sean McLachlan and drummer George Whitehead. "The band refer to themselves as the connoisseurs of Jangly Dream Pop and it's now apparent that we are graciously in awe of their haircuts and euphonious sound" - Purple Revolver

An indie rock band based in Peterborough whose ethos is “rather die trying to make it than die not trying to make it! Do or do not, there is no try'. Perfectly in line with their ethos, the story of Airways is one about taking chances and risks. The story of how Airways formed is an unusual one. Singer/Songwriter Jake Daniels was on a writing trip in Los Angeles building his repertoire of solo songs, and crashing at his manager’s house. On night one of his stay, Jake met Chicago native Brian Moroney, who also happened to be staying in the same house while on tour as a drummer. The two hit if off famously and at the end of the trip, half-serious, half in jest, Jake invited him out to the UK to help start a band. Two months later, Brian left his home in Chicago and was standing on Jake’s doorstep in Peterborough, UK.

JJ Draper is a London based singer-songwriter and multi-instrumentalist whose emotive poetry transcends genres. Prominently influenced by Radiohead, Beach House and Jeff Buckley, JJ is an innovator of new sound. An intoxicating blend of lush vocals and dreamscape imagery, his music is a uniquely intimate and powerful experience. A burgeoning young talent possessed with a sorrowful voice that belies his years, Draper released his debut single 'Zero-Sum' earlier this fall and 'In Visions' over the winter, which was quite a departure from his first track, in terms of sound and central themes. JJ Draper's exploration of regret and isolation in the context of relationships forces you to acknowledge your life experiences and the ultimate fear of "becoming voiceless altogether." JJ Draper is currently working on new music expected to release his debut EP, titled Silhouettes Spring 2018.

"Like if Bastille decided to lob a huge, dirty guitar solo onto their stadium-filling synth-pop" - DIY magazine Rising from the ashes of 2014 band Port Isla and fronted by Will Bloomfield, the anthemic bluesy-pop trio, Outlya, are taking the world by storm with their unique blend of pop and rock. With a shared eclectic list of influences, from The Beatles to Kanye West, their sound blurs the line between electro and indie, the end result sounding not unlike the 00's hit makers Friendly Fires and 'Viva La Vida'-era Coldplay.