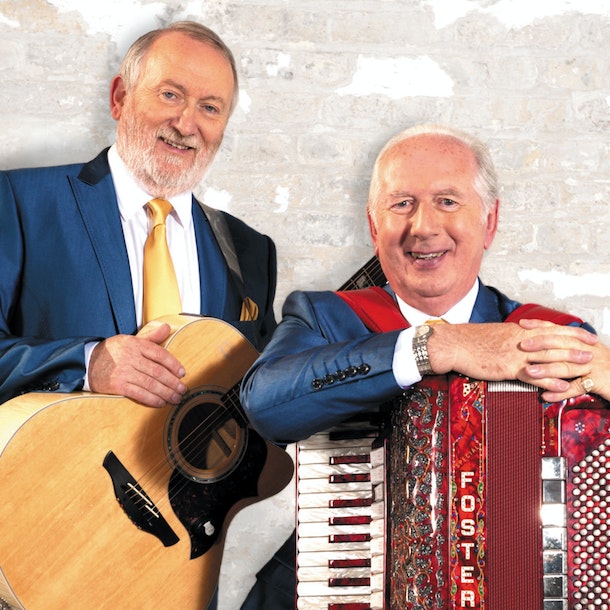 Blarney charm and Celtic tunes from this evergreen Irish folk duo Mick Foster and Tony Allen, who have been releasing records since 1978. Since then they have released a staggering 29 albums and have album sales in excess of 19 million copies worldwide. They have toured the world, performing for audiences of all ages and cultures. Their phenomenal success and endurance can be credited to the strength of their friendship. Join them for an evening that features musical hits One Day At A Time, Everything Is Beautiful, Amazing Graze and many more. Foster & Allen's style and easy listening sound remains as fresh and exciting as ever.