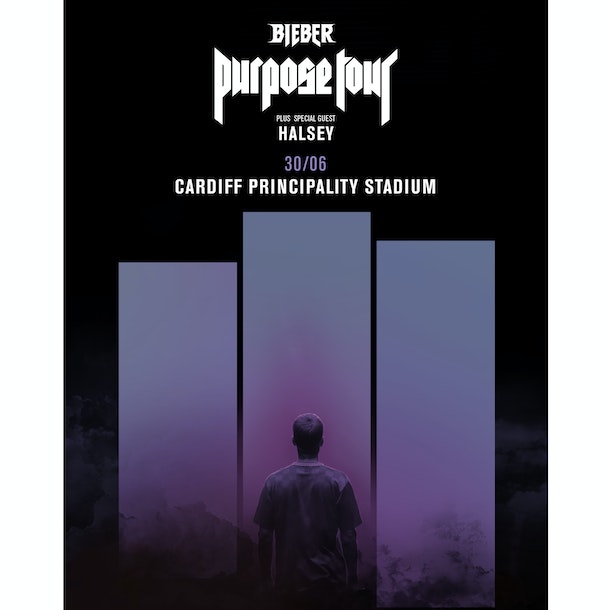 Justin returns to the UK in 2017 with a full set of all the hits, as well as his incredible full stadium production stage set next summer.

Before heading to Hyde Park on July 2nd for British Summer Time Hyde Park, Justin will perform at Cardiff Principality Stadium on Friday 30th June. For both of these sensational summer shows, fans will be treated to a dynamic show with hit after hit, including ‘What Do You Mean?’, ‘Sorry’ and ‘Where Are Ü Now?’ as well as treasured pop classics ‘Boyfriend’ and ‘Baby’.

After posting dozens of homemade videos on YouTube in 2007, where the multi-talented Bieber put his impeccable spin on songs from artists like Usher, Ne-Yo and Stevie Wonder, Canadian singer Justin racked up over 10,000,000 views purely from word of mouth. Since then, he has gone on to become a platinum-selling global pop superstar.

Ashley Nicolette Frangipane, known by her stage name Halsey is an indie pop artist from New Jersey. She started songwriting at the age of 17. Growing up, Halsey's father listened to The Notorious B.I.G., Slick Rick, Bone Thugs-n-Harmony, and 2Pac while her mother listened to The Cure, The Cranberries, Nirvana, and Alanis Morissette. She says this has influenced her as a musician and her style. Halsey continues to push creative boundaries, expanding her influence and impact beyond music. After making her film debut in the animated 2018 summer movie Teen Titans GO! as the voice of Wonder Woman, she was seen in A Star is Born, starring Bradley Cooper and Lady Gaga. She continues to use her voice to speak up for causes she passionately believes in, including disenfranchised youth, women’s rights, mental health and the LGBTQ community. GLAAD honored her in 2018 as Outstanding Music Artist.

This talented young singer-songwriter, with a voice beyond his years, delivers a unique blend of Blues, Folk and Soul, adding an element of Funk. He draws inspiration from the likes of Jimi Hendrix, Nina Simone, Eric Clapton, Led Zepplin, Amy Winehouse, Parliament Funkadelics and Lauryn Hill to name but a few.